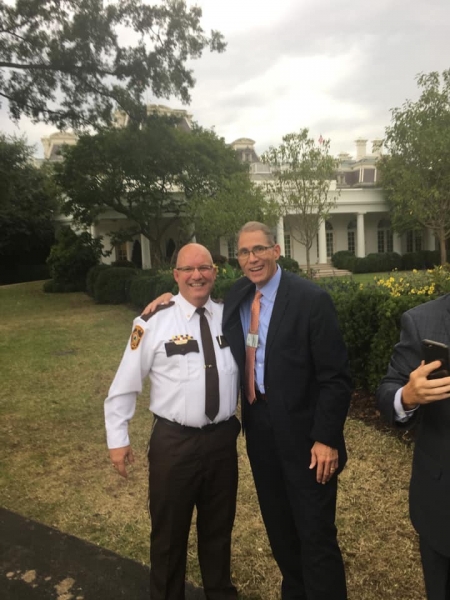 Burleigh County Sheriff Kelly Leben was among hundreds of Sheriffs across the United States to participate in a National Sheriff's Association Conference this week in Washington, D.C. In addition, the sheriffs were visited by President Donald J. Trump. Leben joined Scott Hennen's What's On Your Mind show to give his reaction on the surprise visit from the United States Commander-in-Chief.

With the group standing on the steps of the White House, President Trump emerged from the Oval Office to a thunderous welcome.

"He has been a big supporter of military and law enforcement," Leben said. "That's why I have no doubt he has the support of most law enforcement across the nation."

He says the conference touched on many things, including immigration issues, that started in Washington. The Administration is concerned with many of the same issues in Washington, as the law enforcement does in Bismarck.