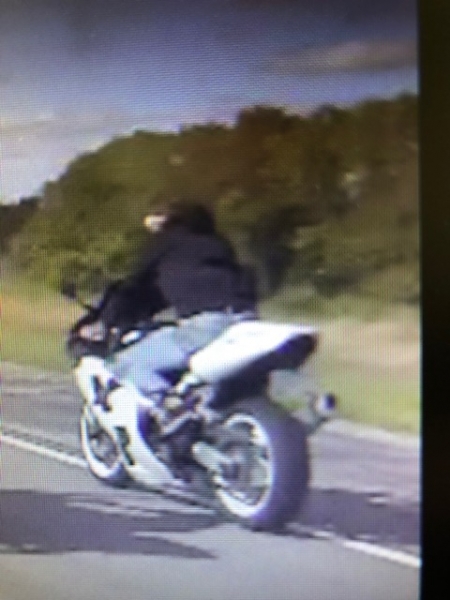 Troopers are searching for this motorcyclist. If you have any information about the driver, you are asked to call the Highway Patrol at 701-328-1081. (Photo credit: NDHP)

The North Dakota Highway Patrol is searching for a motorcyclist involved in a pursuit Wednesday afternoon in Traill County.

One of the motorcyclists attempted to exit the interstate at exit 100, but was traveling too fast, lost control and entered the east ditch. The driver was arrested and identified as 22-year-old Ethan Suhr, of West Fargo. Suhr was not injured and was taken to the Traill County Jail, and has been charged with fleeing, driving under suspension and operating a vehicle without liability insurance.

The second driver is still being sought. Anyone with information is asked to call the North Dakota Highway Patrol at 701-328-1081.