What Does The LRC Say About The Remainder Of December? More Snow? 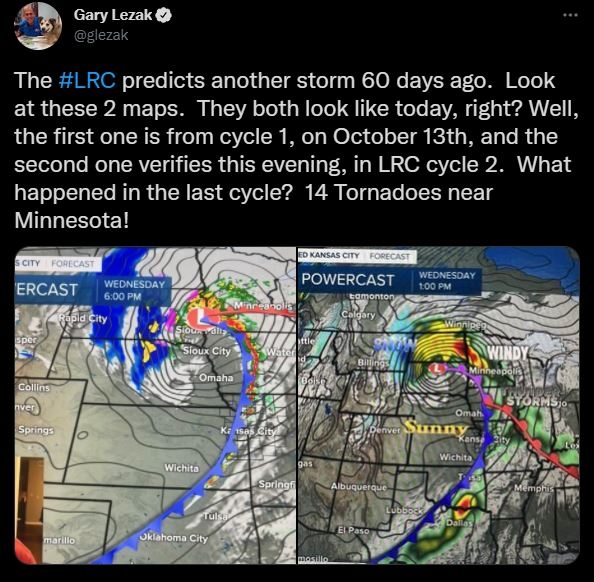 We have cycled into the second cycle of the LRC. This year's cycle is roughly a little longer than 60 days. But what does that mean for the rest of December?

Let's take a quick glimpse back at what happened in the first 30 days of the LRC in October. We had a very active first few weeks in October with roughly four larger systems and a couple of minor short wave disturbances. Well, we're seeing that again to finish out December!

Our first two systems have already pushed through, and we're looking for about three more. Give a take on a minor event in between. The first storm that hit us in cycle 1 tracked just south of the F/M metro and gave southern Minnesota 1-2 feet of snow. The last system which produced hurricane-force wind gusts across the Midwest on December 15th occurred roughly 62.5 days prior in cycle one on October 13th. ( check out the attached images below and above and compare the two storm systems from October 13th and this last one on December 15th, which brought tornadoes into MN). In cycle 1, it was a strong system, and in the second go-around, it was a little stronger... Pretty crazy, just how similar they really were. Unfortunately, most of this came as rain. Otherwise, MN could have gotten some significant snow out of it. Both these two systems caused a tornado outbreak.

The next system should arrive on December 21st. I expect some impacts to the area, but nothing too bad.

The next two systems will arrive just shy and after Christmas, roughly the 24th and roughly the 27/28th. One of these two storms could be more on the impactful/stronger side. Where exactly they track remains uncertain, but models are just now starting to show signs of the possible systems.

Stay tuned for more updates as we finish up December and these possible systems come into more focus while we enter into the new year.

We will touch on What the rest of the winter should look like in January after the new year, so we don't give away any clues for the Snowblower giveaway! (BTW, GOOD LUCK!) 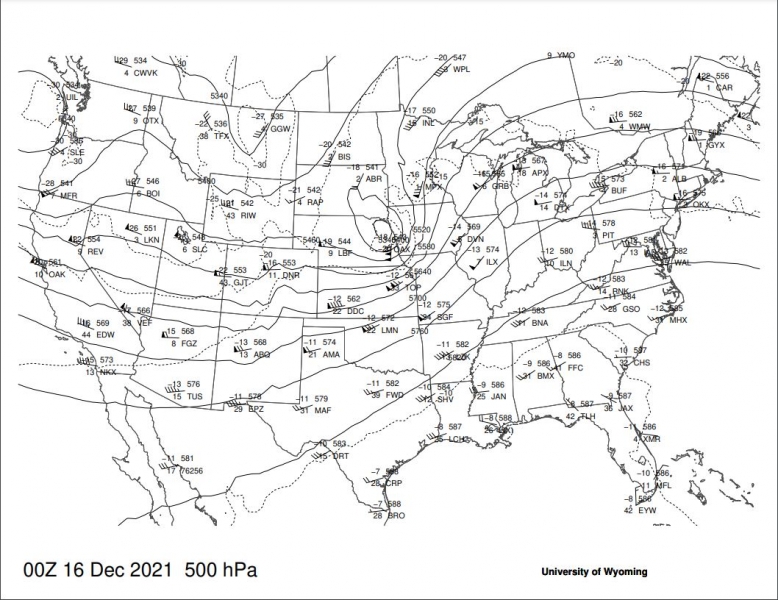 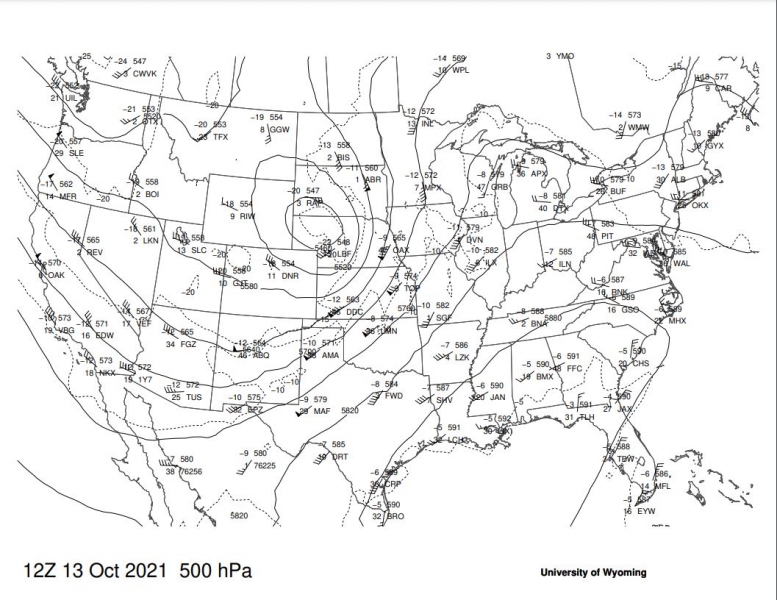