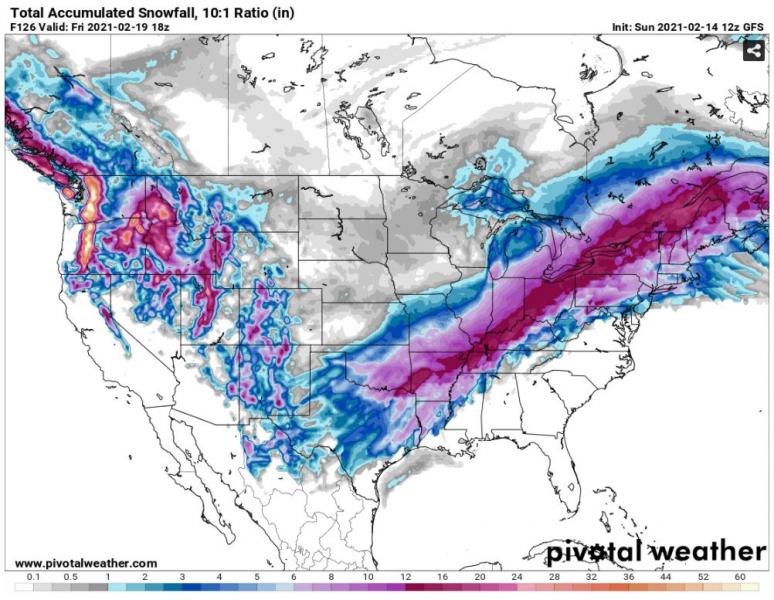 A crippling snow and ice storm is to move across the Southern Great Plains into the northeast over the course of the next few days. As two low-pressure systems move across the southern United States into the northeast, it will leave behind a large swath of snow stretching from Texas to Maine. Up to 16 inches of snow is expected. Snow isn't the only thing coming along with these storms. Along the south side of the snowfall gradient, over a half-inch of freezing rain could accumulate and in some locations possibly even more. Most of the southern and northeastern United States remain under warnings and advisories...

Up in our region, we will see a chance for light snow Wednesday and Friday as two upper-level short waves pass along. Nothing serious though... just a light dusting is currently expected. As we move into the coming week ahead though we will see a warming trend and finally get out of our "Days Below Zero Streak". Single digits will return midweek, teens towards the end of our week, and then 20's are back for the weekend!!! But before then, we will be looking at wind chills between 25-40 below zero over the next couple of days.

As We look further ahead into march... signs are pointing to a snowier weather pattern. As the jet stream begins to push further north so will the main storm path. 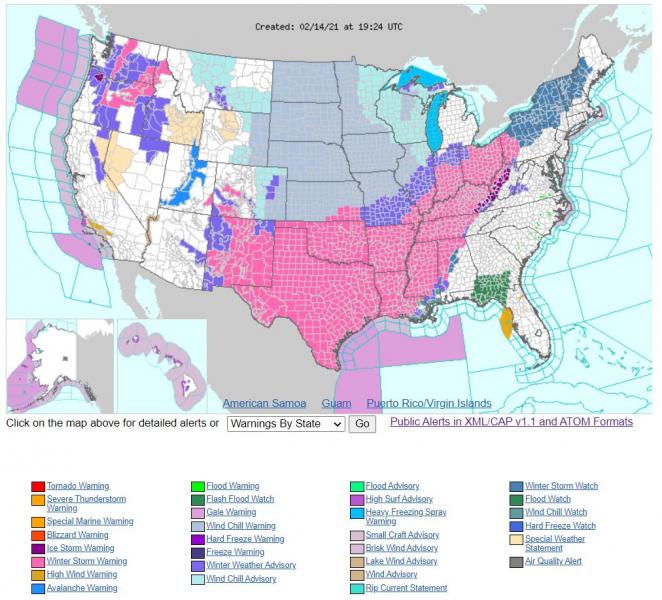