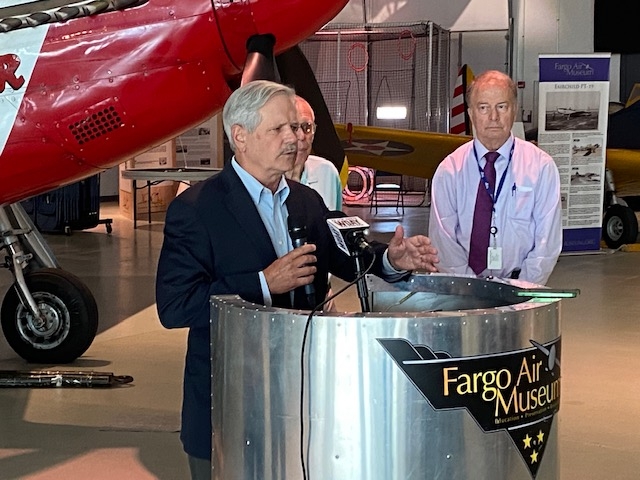 (Fargo, ND) -- The Hoeven Senate Campaign is reporting a $23,200 donation to a charitable organization, an amount equal to the campaign contribution received from an executive with the now bankrupt crypto exchange firm FTX. The company is currently under investigation for how it handled customer funds prior to filing for bankruptcy.

Politico reported Tuesday that some lawmakers were "symbolically" giving up campaign contributions from FTX, by making charitable donations equal to the funds they received from company executives.