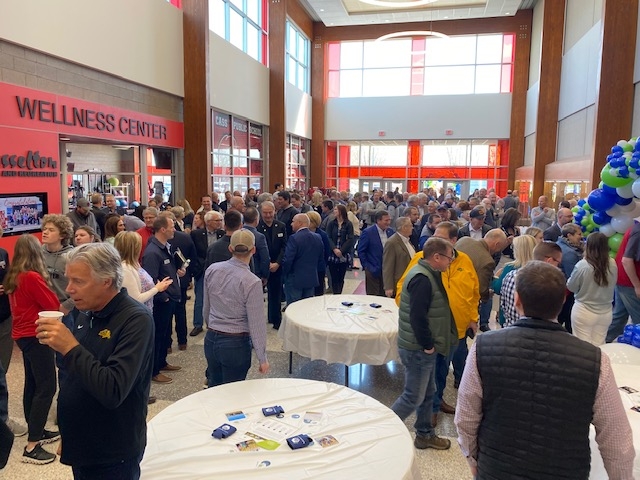 (Casselton, ND) -- A major announcement was made Tuesday for the city of Casselton. Grand Farm has announced the city has been chosen as the site for the agency's multi-million dollar Innovation Facility

"What it's designed for is a space for innovation and collaboration to take place, and then to bring people out on to the farm so that we can witness and see and demonstrate the technology so people can offer feedback into it and look for ways in which we can solve real problems for the growers in the industry around us," said Brian Carroll, Director of Grand Farm.

Carroll made the announcement in Casselton Tuesday morning before a large group of area elected officials and representatives from the ag industry. The new facility, funded in part by a $10 million dollar state grant, will be a site where projects and experiments, combining farming and technology will take place. The goal is to enhance farming productivity and efficiency. Construction at the site along I-94 is set to begin by the end of the year.

Carroll said Grand Farm is in the process of securing 150 acres of land along I-94 at the Lynchburg exit, and they hope to break ground on the Innovation Facility by the end of the year. Carroll says Grand Farm is currently seeking matching donations from the private sector to help fund the Innovation Center, which he and other leaders say will be a major economic driver for the city and the region. We're told the center will foster cooperation among growers, corporations, startups and universities. Their aim is to create projects using technology to improve farming efficiency and productivity.