Month Of September Summary: Slightly Above Average Temperatures And Dry 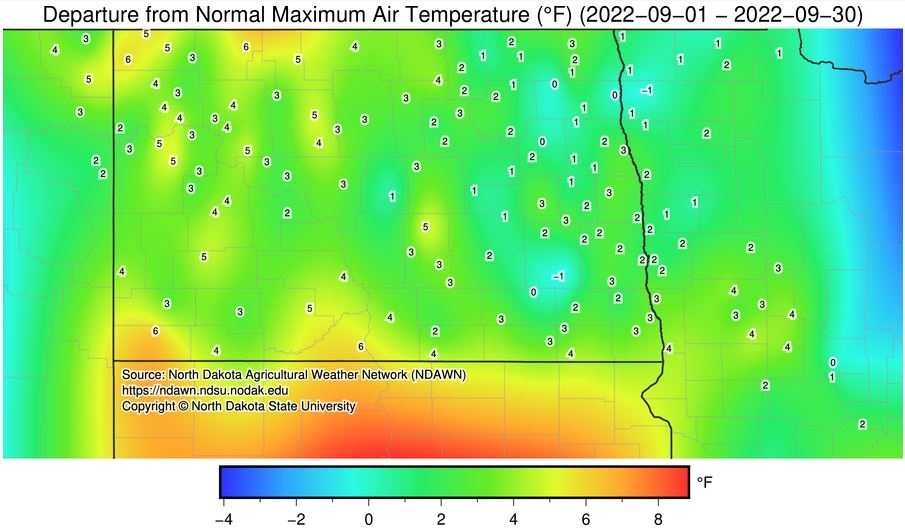 The month of September is now behind us. It was a fairly nice month in my opinion but how did it stack compared to past September?
September 2022 was slightly above average in temperatures, with both high and overnight lows. I still consider this average, but a few locations were constantly a little warmer than they usually are. This is likely due to the lack of rain that fell around the area, drier soils would make it easier to warm up quicker than moist soils. Most areas fell well below average on the amount of rainfall that usually falls. Fargo received 20% of the normal amount of rain. Most of North Dakota into Minnesota received 20-40% of the normal amount.

As we move deeper into fall, we look forward to a new LRC cycle begins. Check out our previous article on the new LRC forming right now!

Attached below are some climate reports for the month of September for the area as reported by NDAWN. 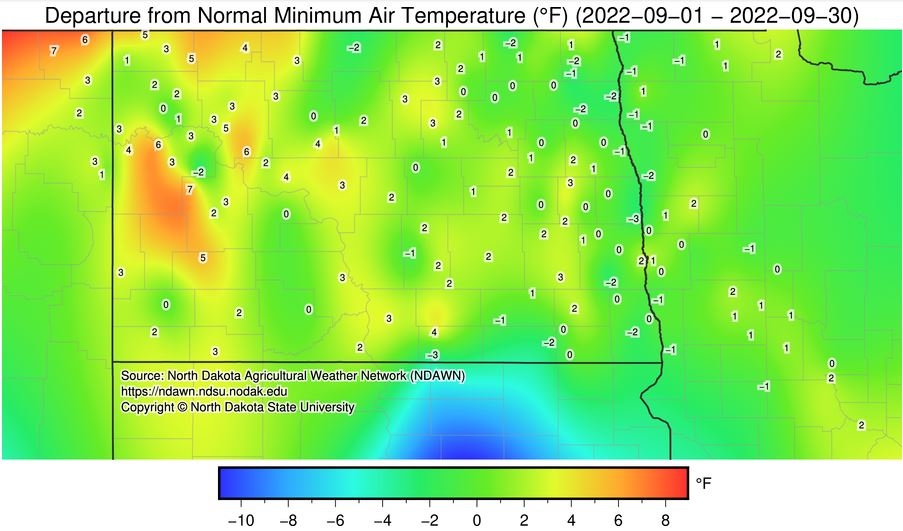 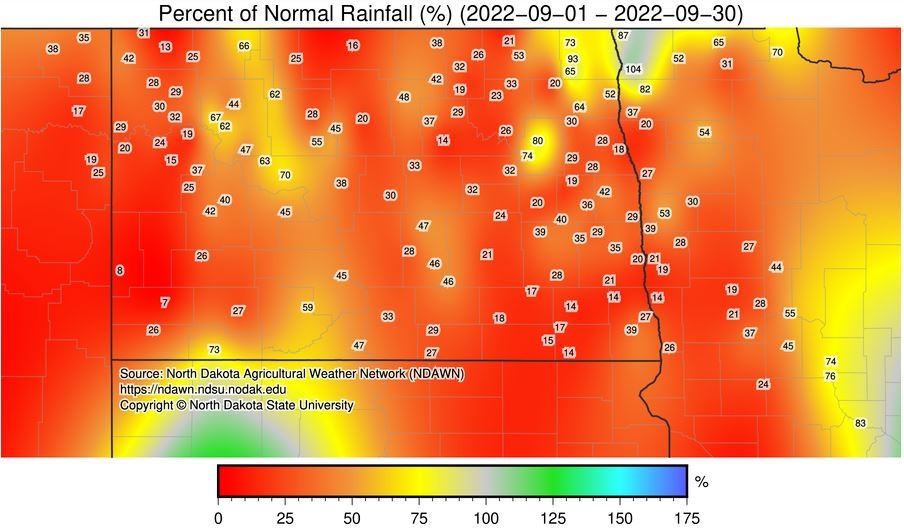 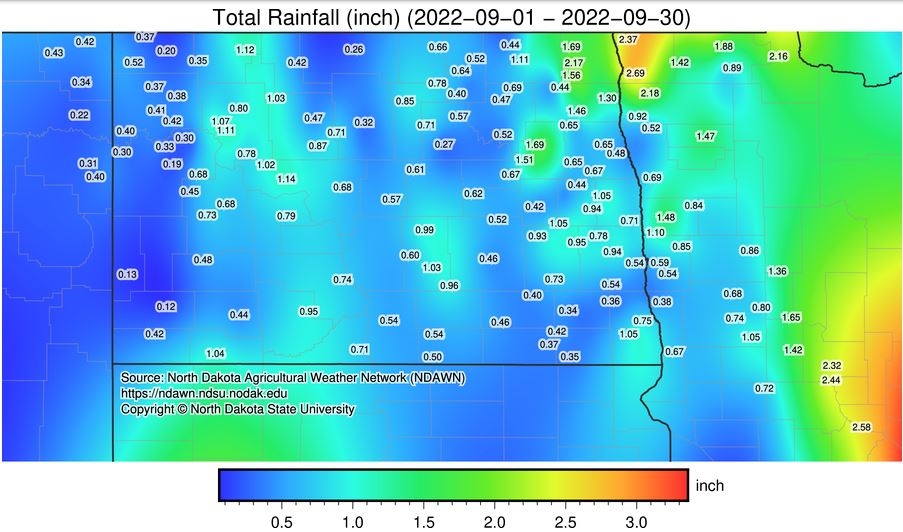