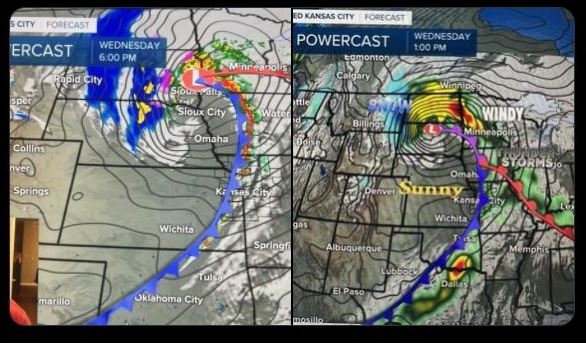 As we continue into this unsettling, well below-average start to April, we transition into another cycle of the LRC that set up back in October. If you are an active listener or reader, you're probably familiar with the LRC. However, if you are new or haven't quite gotten the handle on the LRC, I will break it down quickly for you. Every fall, a unique weather pattern sets up and then recycles through the year ahead until a new cycle starts the following fall. This cycle generally falls between 40 and 60 days, sometimes shorter and other years longer. This year's LRC cycle has been identified as a 63.5 to 64 day cycle. Meaning every 64 days, "more or less" the pattern recycles/repeats... to a point. This has been named the Lezak Recurring Cycle, coined after Gary Lezak, the chief meteorologist from Kansas City, who invented/developed this incredible tool. We can use this to forecast potential storms systems months in advance with great accuracy, as depicted from records and listeners.

Every start and end of this year's cycles are generally stormy, with several other storms systems sprinkled in through the middle. Some of these storms are much stronger than others, for instance, the "signature" LRC storm for this year. This storm has emerged every cycle since October 13th, 2021, and forward every 63-64 days. October 13th, 2021, only about a week into the first LRC cycle, "this storm" brought strong wind and heavy snow to western North Dakota and a tornado threat to the southern Red River Valley. In cycle two, December 15th, 2021, it reemerged off the Rockies as a very strong Colorado low, producing hurricane-force wind gusts, a tornado outbreak that reached into southern Minnesota for the first time in history for December, as well as heavy snow that had just missed Fargo. In Cycle 3, February 16th, 2022. With very cold air looming over North Dakota, the signature storm was deflected to our south and not nearly as strong as in cycle two. But it was still capable of producing heavy snowfall and strong winds, with a severe weather threat from Texas and Oklahoma to the east coast.

Here we are in April, and we have started the fourth cycle of this year's LRC. Meaning the signature storm must be right around the corner, and wouldn't you believe it, it is! I attached a few images to this article. The top (main) picture is of the "signature storm" in October and December. They look pretty identical, don't they? If I didn't mention that they were 63 days apart, you'd think it is a picture of the same storm system. Attached below is a model prediction for this Saturday, another very strong Colorado Low is forecasted to follow a similar path as it did in the past three cycles. Rain and thunderstorms likely will stretch into eastern North Dakota with heavy snow out west. This storm could and will likely pose a risk for severe weather of all types. Although I think the severe weather will be to our south, I will be keeping a close eye on the storm as it looks to bring impactful weather across the area.
The signature storm looks to start on Friday with scattered rain and thundershowers. Then hit the hardest on Saturday, again likely rain and thunderstorms/showers in eastern North Dakota, but out west in western North Dakota, could be dealing with yet another blizzard with heavy snow. The storm will likely linger into Sunday, with wrap-around snow pushing into eastern North Dakota. This storm is still a few days out, so let's allow it to get more into focus as the track of this storm remains uncertain and where will get hit the hardest.

Up until that, below-average temperatures continue! In eastern North Dakota, highs remain in the 40's through mid-week with another chance for rain/snow through the southern valley overnight Tuesday before turning to rain Wednesday morning. Likely snow up in the northern valley where a couple of inches could fall. This will be a fast-moving system and will exit the area by Wednesday afternoon. It then just remains generally cloudy and windy for the rest of the day. Thursday will be more likable, with highs in the mid 40's with lighter wind and some sun!

If you're interested in the LRC and want to learn more about it, or ask questions. Then mark your calendar for April 27th, 2022. We are hosting our LRC Seasonal outlook for the rest of spring and summer. Chief meteorologist Dean Wysocki, Gary Lezak, and I will be dissecting the LRC and what it says for our coming summer! Also, AG director Bridgette Readel will join us to communicate our forecast to the ag community. Will this summer be wet or dry? Cold or hot? Join us from 2:00 PM - 4:00 PM CDT live on the air, plus an extra hour afterward for questions from 4-5 PM CDT. 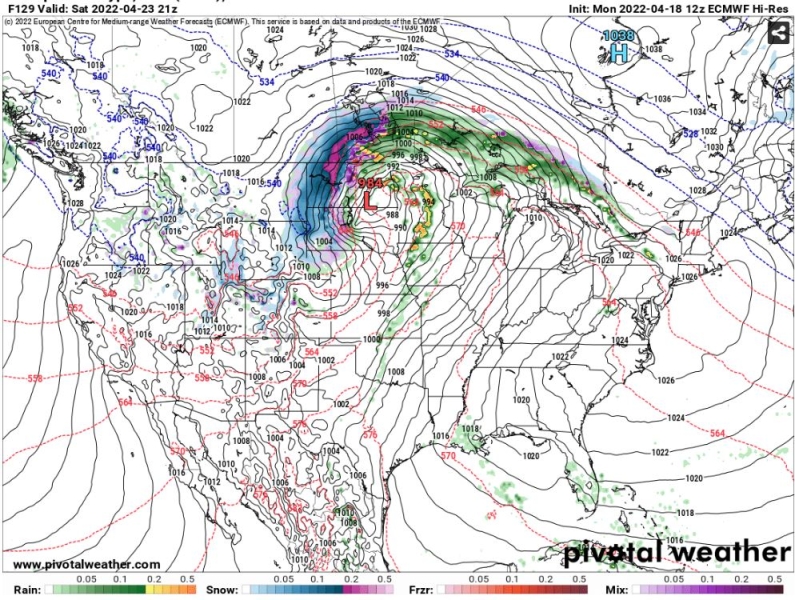 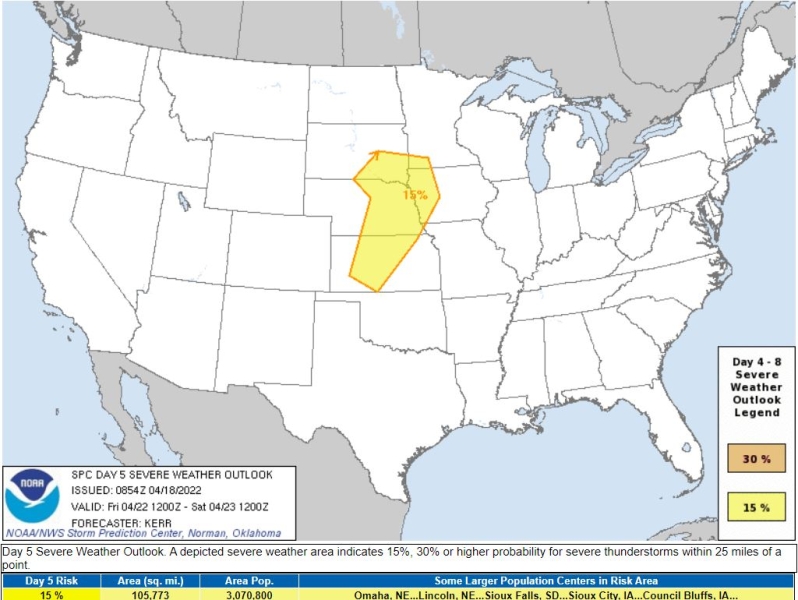