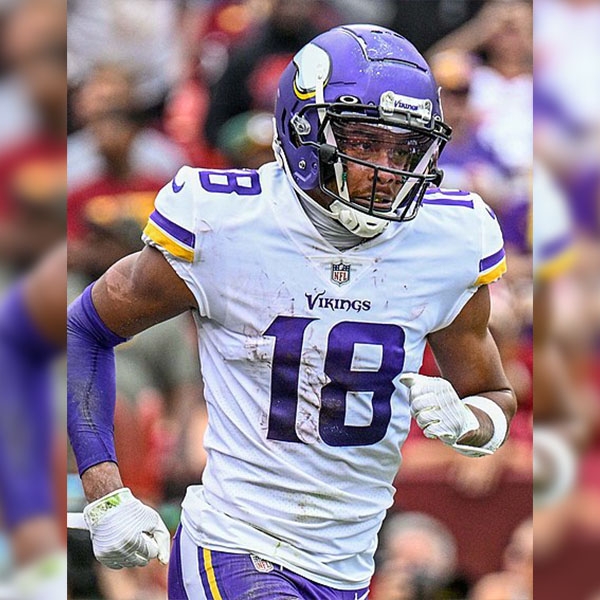 Fresh off a game where Justin Jefferson had a career-high 193 yards receiving in a 33-30 overtime victory over the Buffalo Bills, the NFL is now honoring the Vikings’ All-Pro receiver. Jefferson was named the NFC’s Offensive Player of the Week on Wednesday.

Jefferson’s career game included 10 receptions, a touchdown, and the NFL’s possible catch of the year (28.8 percent catch probability rate). In the game against Buffalo he recorded his 20th career 100-plus yard receiving game and seventh with at least 150 yards, both of which are a new NFL record for a wide receiver within his first three seasons.