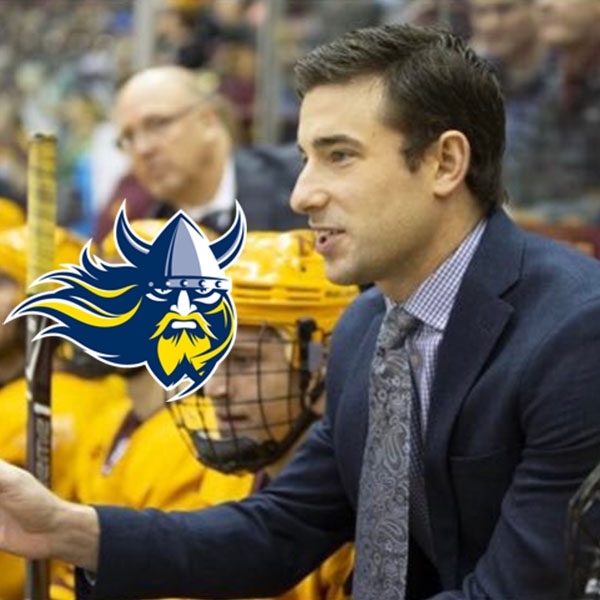 University of Minnesota assistant coach Garrett Raboin has been named the Augustana University Men’s Hockey Programs first-ever head coach. “I am incredibly humbled and honored to have been chosen as the first leader of Augustana Men’s Hockey. My family and I are excited to become a part of the Sioux Falls community, we can’t wait,” said Raboin.

Raboin has spent the past 10 seasons as an assistant under Bob Motzko (Six at St. Cloud State, four at Minnesota). He helped the University of Minnesota to the NCAA Division I Frozen Four and the program’s first NCAA Tournament victory since 2014.

Raboin tutored Hobey Baker Memorial Award Finalist Ben Meyers during the 2021-22 season. Meyers has since signed an NHL contract with the Colorado Avalanche. Raboin spent four seasons with the Golden Gophers and coached five AHCA All-America recipients. Before getting to Minnesota, Raboin helped St. Cloud State to five NCAA tournament berths in six seasons, along with an appearance in the 2013 Frozen Four. In his time with the Huskies, Raboin coached six All-Americans, including 2013 Hobey Baker Award winner Drew LaBlanc.

University of Minnesota head coach Bob Motzko had high praise for Raboin saying, “Garrett Raboin is one of the true rising stars in the hockey world, and Augustana made a terrific choice in selecting him as the first head coach of the Vikings hockey program. I have known Garrett for close to 20 years, and I have an immense amount of pride and respect for the coach and person he has become.”

Augustana Vikings Men’s Hockey will hit the ice in the 2023-24 season.