The Minnesota Timberwolves Are Back In The NBA Playoffs! 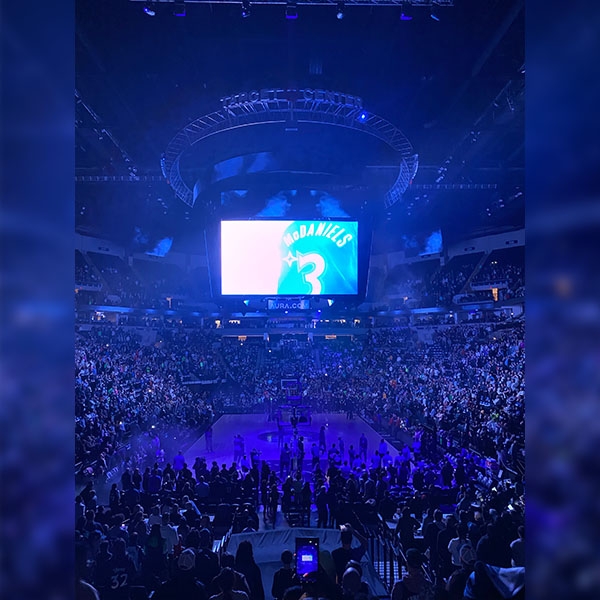 For the first time since the spring of  2018, the Minnesota Timberwolves are in the NBA Playoffs!

After a disappointing 2020-21 season finishing with a record of 23-43, the Wolves missed the playoffs again. With the help of some veteran leadership headlined by the addition of defensive juggernaut Patrick Beverly, Minnesota had found itself back in the mix for a playoff spot.

Making the playoffs for only the second time in the past 18 seasons wasn’t going to come easy. The Wolves improved their record by an NBA best 23 games to finish at 46-36 and good enough for the No. 7 seed in the Western Conference playoffs… Well actually they were going to have to win a play-in game against the Los Angeles Clippers to officially be tabbed as the No. 7 seed. After trailing 93-83 early in the fourth quarter AND Karl-Anthony Towns fouling out, Minnesota used heart, grit, and a 26-11 run to defeat the Clippers and OFFICIALLY clinch the No. 7 seed.

This season the Timberwolves finally mesh as a team with health, chemistry, and overall play all coming together. Anthony Edwards has improved in his sophomore campaign averaging 21.3 ppg, 4.8 rpg, and 3.8 apg. D’Angelo Russell stayed healthy for most of the season playing in 60+ games for the first time in three seasons averaging 18.1 ppg and 7.1 apg. Karl-Anthony Towns had another all-star season averaging 24.6 ppg, 9.8 rpg, and 3.6 apg.

The Timberwolves will now begin a best-of-7 conference quarterfinals series against the No. 2 seeded Memphis Grizzlies beginning on Saturday at 2:30 p.m. Can Minnesota win a playoff series for only the second time in franchise history? We’ll find out beginning this weekend, but if they play up to their potential it’s definitely a possibility.