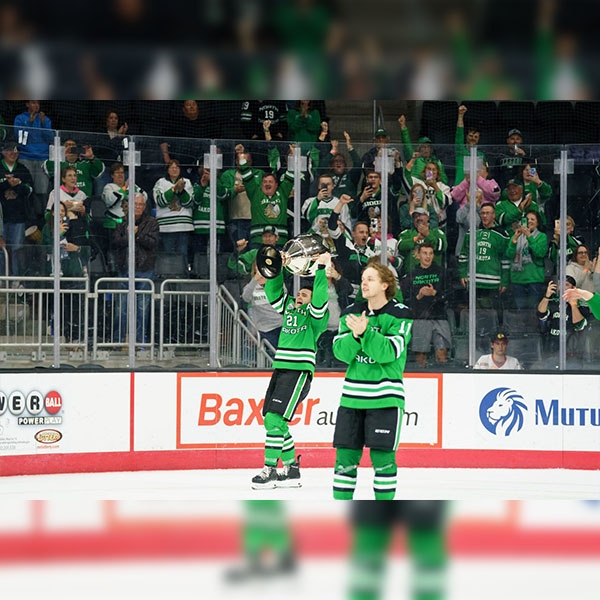 On Friday afternoon Henderson Silver Knights General Manager Tim Speltz announced the signing of Connor Ford to a professional tryout agreement. He also signed a one-year contract for the 2022-23 season.

Ford scored four goals and racked up 24 assists for 28 total points in 37 games this season for North Dakota while serving as an assistant captain.

He was named the NCHC’s top defensive forward, making it the second consecutive season a Fighting Hawks has taken home the award. Ford was also named to the WCHA First All-Star Team in 2021 and Third All-Star Team in 2020 while playing for Bowling Green.

This season he broke a school record in the faceoff circle winning 62.4 percentage of the time. He also led the country with 587 faceoff wins.

While at Bowling Green, Ford became the 75th player in program history to record 100 points. In 185 NCAA hockey games, he tallied 57 goals and 85 assists for 142 total points. Ford also accumulated a plus-22 rating.

He will wear jersey number 25 for the Silver Knights the remainder of the season. Ford is the third player from the 2021-22 Fighting Hawks to sign a professional contract, joining Jake Sanderson and Zach Driscoll.