Zach Driscoll Is Heading To The East Coast Hockey League 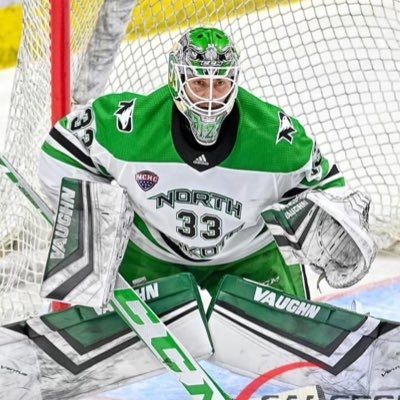 Only a week after fifth-year senior goaltender Zach Driscoll’s collegiate career came to an end, he signed a professional contract with the Toledo Walleye of the East Coast Hockey League (ECHL). The inked contract is an amateur tryout agreement for the remainder of the season.

Driscoll was lights out in NCHC play ranking top-2 in wins (15), save percentage (.919), and goals against average (2.17). His save percentage led the league and helped him earn All-NCHC Second Team honors.

Overall on the season, Driscoll finished with a 22-11-1 record in 34 games that included a 2.34 goals against average, .908 save percentage, and two shutouts. He ranked third among NCHC with 757 saves and 22 wins on the season.

Driscoll has also racked up a handful of off the ice awards in his collegiate career. He is a four-time AHCA Division I Krampade All-American Scholar honoree, and three-time WCHA All-American selection, and a finalist for the 2021-22 Senior CLASS Award, which is annually presented to the top senior-athlete in college hockey.

Driscoll is now the second player from the 2021-22 Fighting Hawks to sign a professional contract. He joins defenseman Jake Sanderson who signed his NHL contract with the Ottawa Senators on Sunday.