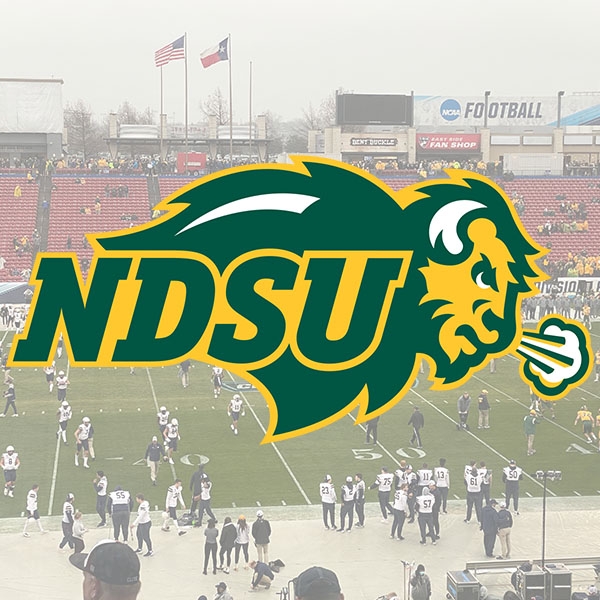 The calm before the storm… Today the NDSU Bison will be looking to win a ninth FCS National Championship in the past 11 years. As for the Montana State Bobcats this is the first championship game since 1984.

Kevin Marshall of FCS Nation joined Flag Sports Saturday to preview and give his thoughts on the outcome of the game. Marshall had high praise for the Bobcat’s starting quarterback Tommy Mellott, saying “Tommy Mellott is a good player, he’s from Butte, Montana and I’ve lived in Montana for a bit of time now. You just don’t bet against kids from Butte, they're just different.” He also complimented the Freshman quarterbacks entire game, “He has the ability to run the football and he’s a better passer than you think.”

Marshall also thinks that whichever team “steals” a possession will hoist the national championship trophy. “I think everything is open today, I mean you open up the playbook and everything is available it has to be”. He also added that special teams may be the dividing factor in this game, “If you can steal a possession on a fake punt or maybe kick an onside when nobody is expecting it. The team that is able to steal a possession will probably win the football game.”

Former Bison defensive lineman Nate Tanguay joined to break down how important the NDSU defense will be in order to bring another championship back to Fargo. Tanguay thinks that this year's defensive line compliments each other well and can be the turning point in the game. Tanguay said, “I think the defensive line because everybody is a little bit more as far as talent on the same level, they’ve been able to work more as a team. Those four have been able to work more as a team this year than any other year.” A big factor will be pressuring Montana State quarterback Tommy Mellott and forcing him into uncomfortable situations, “It’s 100 percent fluster that quarterback early,” said Tanguay. He also mentioned that defensive ends Logan McCormick and Brayden Thomas will play a huge role defensively, trying to keep Bobcats quarterback Tommy Mellott and running back Isaiah Infanse between the tackles to prevent big plays.

Can the Bison bring home championship number nine? It all goes down at 11 a.m. on ESPN2.