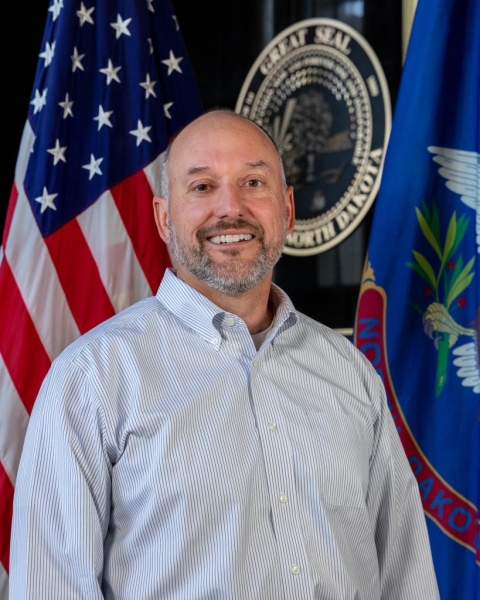 Photo by: Office of the Governor of North Dakota

(Bismarck, ND) -- The Director of the North Dakota Office of Management and Budget is retiring.

"During his nearly 30 years with the state of North Dakota, Joe has improved the lives of team members and citizens alike by developing strong budgets, sharing his expertise in finance, and identifying the most effective and efficient distribution of state resources,” Burgum said. “From improving transparency in state government, to developing the executive proposal for over $1 billion in federal American Rescue Plan Act investments, Joe has been a champion for conservative fiscal management, driven by strategic planning, and helped ensure North Dakota was well-positioned for growth. Joe understood that strategy should drive budgets, not vice versa. We are deeply grateful for his leadership as director over the past four years and appreciate his flexibility and commitment to allow for a smooth transition.”

Morrissette's retirement becomes effective August 31st, but he will stay on part-time through the legislative session next year.

“Serving as the director of OMB has truly been one of the great honors of my life,” Morrissette said. “I would like to thank Governor Burgum for the opportunity to serve on his cabinet during this unprecedented period of transformational growth in the state, and our team at OMB for their continued dedication to the state, their fellow agencies and to each other. Like so many who have worked in a position that they love, it is difficult to leave; however, I have the utmost confidence that the OMB team will continue to fulfill our mission without disruption.”

He was appointed to the Cabinet job in 2018 after serving as deputy tax commissioner. He has been in state government for nearly 30 years.