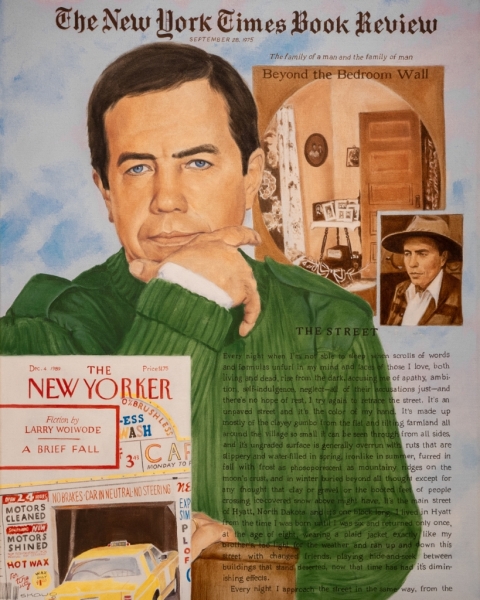 In a statement Sunday, the governor remembered Woiwode as someone who inspired and mentored countless writers while always remembering his North Dakota roots.

“Larry Woiwode inspired and mentored countless writers during his long and distinguished career. Through it all, he always remembered his North Dakota roots, from serving as our state’s poet laureate since 1995 to conducting many classes and workshops for aspiring writers in his home state,” said Governor Burgum said.

Woiwode was born in 1941 in Carrington, near his hometown of Sykeston. In 1950, his family moved to Illinois. His writing career began in New York City and by 1966 he was publishing stories and poetry in The New Yorker. His work also appeared in The Atlantic, Esquire, Harper's, and The Paris Review.

Woiwode’s novels included What I'm Going To Do, I Think (1969), Beyond the Bedroom Wall (1975) and Born Brothers (1988), besides books of short stories, poetry and non-fiction. He was a Guggenheim Fellow, a John Dos Passos Prize winner, a recipient of the William Faulkner Foundation Award, and the Medal of Merit from the American Academy of Arts and Letters. He also was a finalist for both the Book Critics Circle and the National Book Awards, and appeared in four volumes of Best American Short Stories.

“His award-winning work earned widespread praise and instilled` immense pride in his fellow North Dakotans," added Burgum. "Kathryn and I extend our deepest condolences to his family, friends and all who found joy and inspiration in his writing.”

Woiwode was named the poet laureate of North Dakota in 1995. He died recently at the age of 80.