Hit and run accident with injury in Grand Forks 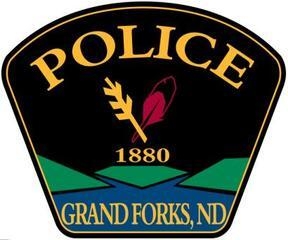 (Grand Forks, ND)--  On Tuesday, January 18th, Grand Forks Police officers were dispatched to the intersection of 40th Av. So. and So. 20th St. on a report of an injury accident.  It was reported that one of the vehicles involved had left the scene of the accident.

Investigation of the hit and run accident determined that a Cadillac passenger car was traveling southbound on So 20th St. and did not stop for the stop sign and proceeded into the intersection striking another vehicle that was traveling westbound on 40th Av. So.   The Cadillac was described as being maroon in color with a tan colored top.  The vehicle possibly had North Dakota license plates (unknown).  The vehicle was last seen traveling southbound on So. 20th St.  Damage on this vehicle should be on the front end.  The driver of the Cadillac was described as a black male in his 30’s.

The vehicle that was struck was traveling westbound on 40th Av. So.  The driver of this vehicle was identified as Rachael L. Waldbillig of Grand Forks, ND.  Waldbillig had stopped for the stop sign and then started to proceed through the intersection when her vehicle was struck by the southbound vehicle on So. 20th St.  Waldbillig was driving a 2017 Honda Accord which was damaged on the passenger side. A passenger in this vehicle was transported to Altru with unknown injuries.

If anyone has any information regarding this incident they are asked to contact the Grand Forks Police Department at 701-787-8000.