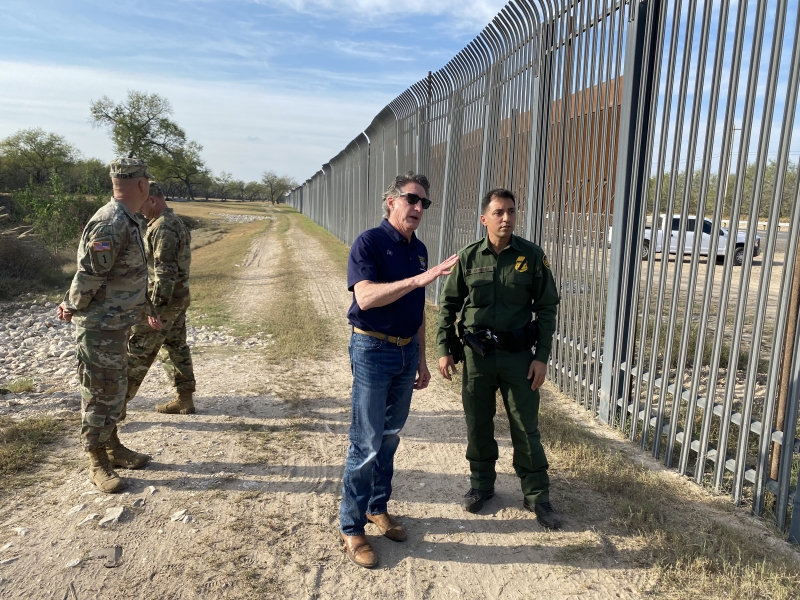 Burgum arrived Wednesday with adjutant general Major General Al Dohrmann, where they were briefed by guard officials and met with soldiers from the Bismarck-based 957th Engineer Company.

“These highly trained North Dakota National Guard soldiers are serving a critically important role in support of U.S. border security efforts along the southwest border,” said Burgum, who serves as commander-in-chief of the North Dakota National Guard. “From the southwest border to our shared northern border with Canada, border security affects every state in the nation, from ensuring the safe and efficient flow of goods and services to stopping illegal immigration and drug and human trafficking. We’re deeply grateful to our North Dakota soldiers for doing their part with courage and professionalism to support the efforts to end the humanitarian crisis and secure the southwest border.”

The 125 soldiers deployed in early October and are working with U.S. Customs and Border Protection to secure the border. The governor's office says the unit has assisted CBP with 30-thousand apprehensions through their surveillance mission.

“I couldn’t be more proud of the professionalism I saw within our soldiers during the visit down here,” Dohrmann said. “I also gained a greater appreciation for the enormous challenge that Customs and Border Protection is facing down here, and really gained an appreciation for the work they do, the professionalism of that organization. I’m proud and humbled that the North Dakota National Guard can be part of the solution.”

Burgum was among 26 Republican governors who sent President Biden a letter in September requesting a meeting with the president to discuss the ongoing crisis at the border. The request has not been granted.

For the year ending September 30th, CBP officials recorded nearly 260,000 encounters with migrants attempting to cross the border illegally, compared with 40,000 the previous year in the 957th’s operating sector.