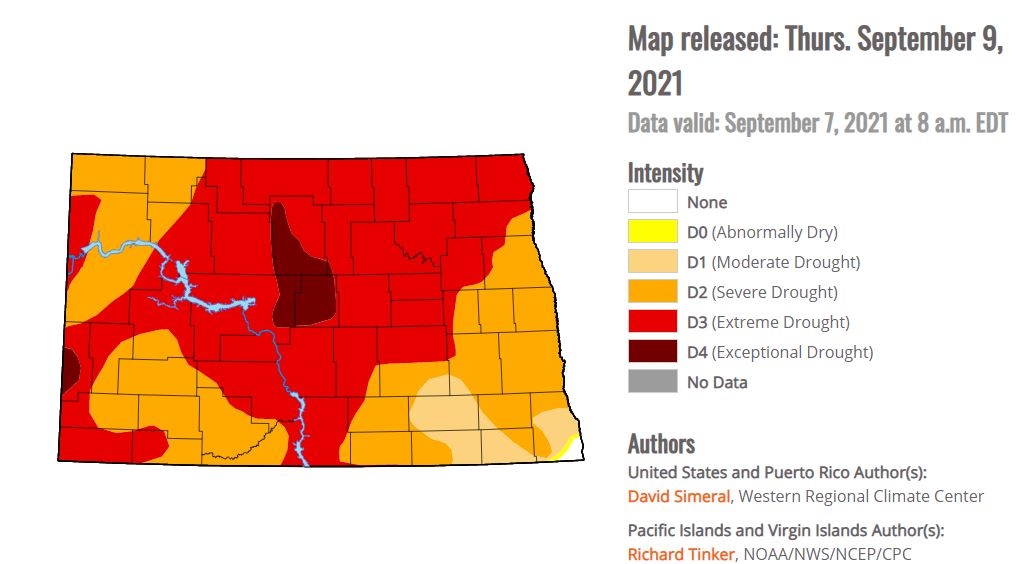 (Bismarck, ND)  --  A small part of southeastern North Dakota is now no longer experiencing drought as conditions ease in the state.

The U.S. Drought Monitor show the southeastern tip of Richland County is not considered to be in any of the five stages of drought.

Nearly 59-percent of the state is still considered to be in extreme drought, down from 65-percent.  Under four-percent is in exceptional drought.