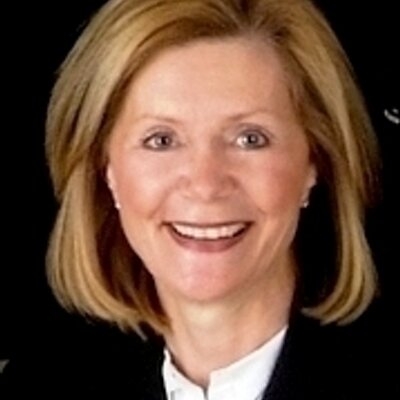 (Bismarck, ND) -- One of North Dakota's most impactful women has decided to retire.

Governor Burgum Monday thanked General Counsel Leslie Bakken Oliver for her service to the Governor’s Office and the State of North Dakota after she announced her retirement pending the transition to a new general counsel.

Oliver has served in the Governor’s Office since Burgum and Lt. Gov. Brent Sanford took office on December 15th, 2016. She earned her law degree with distinction in 1991 from the University of North Dakota School of Law. Following a one-year clerkship with the North Dakota Supreme Court, Oliver entered private practice and became a shareholder with the Vogel Law Firm, concentrating her practice in employment and health care law.

“Leslie has been an integral member of the Governor’s Office team and a great partner for these past four and a half years, helping us navigate unprecedented challenges and serve North Dakota citizens as efficiently and effectively as possible to empower people, improve lives and inspire success,” Burgum said. “We are deeply grateful for her exceptional counsel, caring approach and enthusiastic support of team members in the Governor’s Office and beyond, as well as her succession planning and commitment to stay on until her successor is onboarded, allowing for a smooth transition. We wish her all the best in her next chapter.”

During her time in the Governor’s Office, Bakken Oliver has been a strong supporter of efforts to address addiction and recovery, criminal justice reform and expanded services to citizens with disabilities. In addition, she helped facilitate successful actions taken to address a string of emergencies including flooding, drought and the COVID-19 pandemic. Bakken Oliver also played a key role in North Dakota’s settlement agreement with the U.S. Department of Justice outlining actions the state will take to expand home and community-based care services and enable individuals with physical and other disabilities to live in the least restrictive setting possible.

“It has been an incredible privilege serving the citizens of North Dakota as general counsel to Governor Burgum,” Bakken Oliver said. “The decision to leave was bittersweet – I look forward to spending more time with family, but will miss the dynamic, inspiring and energetic Governor’s Office team and a position that has been rewarding, meaningful and thoroughly enjoyable.”

The general counsel position will be posted immediately.