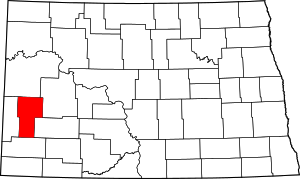 (Belfield, ND) -- A woman is dead after a two-car crash in Billings County near Belfield Sunday afternoon.

The man was transported to CHI – St Alexius’ Hospital in Dickinson and treated for non-life-threatening injuries, while the woman was pronounced deceased at the scene. Highway 85 was temporarily closed in this area for approximately 4 hours with traffic detoured until the scene could be cleared.

This crash remains under investigation by the North Dakota Highway Patrol.