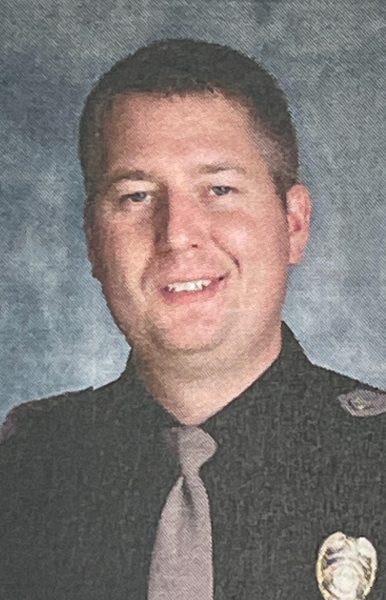 (Grand Forks, ND) -- Trooper Andrew Cashin was named the 2020 Trooper of the Year by the North Dakota Motor Carriers Association. Cashin serves the northeast region as a Traffic Enforcement Trooper and is stationed in Grand Forks. He has been a trooper since 2010 and has been stationed in Cavalier in addition to his current placement in Grand Forks. Cashin serves as a Use of Force instructor; member of the NDHP Emergency Response Team; and is certified as a Level II inspector for motor carrier enforcement. He holds a Criminal Justice Bachelor of Science degree from Bemidji State University.

"NDMCA’s Trooper of the Year award reflects the trucking industry’s appreciation for enhancing safety for those who depend on the highway for their livelihood," said NDHP Safety and Education Officer Sergeant Wade Kadrmas. "In a letter nominating him for the award, it was noted Cashin maintains a positive, persevering attitude and exemplifies servitude and selflessness and is fully committed to traffic safety and reduction of injuries on North Dakota roadways. Oftentimes, Cashin goes above and beyond to ensure motorists are safe and have access to available services as needed. He has demonstrated leadership and dedication to the North Dakota Highway Patrol, fellow troopers, and North Dakota law enforcement."

Cashin has received numerous commendations over the years including being nominated as the NDDOT Traffic Safety Officer of the Year; nominated for the Governor’s Award for Excellence in 2020; and recognized as a NDHP top ten trooper in speed enforcement and drug enforcement.