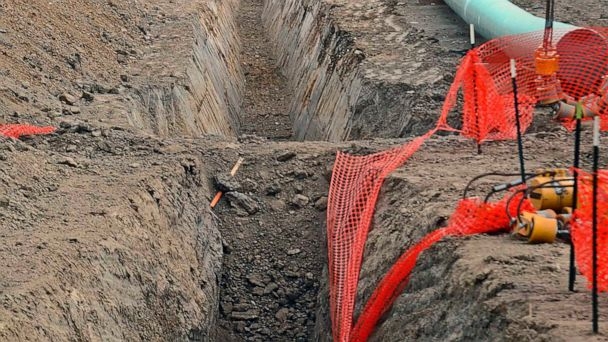 (Fargo, ND) -- Some good news for those pushing for the Dakota Access Pipeline to remain operational.

Federal Judge James Boasberg has denied the Standing Rock Sioux Tribe’s request to shut down the Pipeline, despite earlier rulings that vacated the pipeline’s permit to cross beneath Lake Oahe and ordered its operations to halt until an Environmental Impact Statement could be finished.

However, the pipeline’s operation continued alongside the environmental review work as the U.S. Army Corps of Engineers conducting the review stood silent and decided not to take sides, even when their opinion was requested by the court.

In his opinion, Judge Boasberg wrote that he acknowledges the Tribes’ plight, but “judges may travel only as far as the law takes them and no further. Here, the law is clear.”

The judge added tribes needed to show the pipeline would likely cause irreparable harm from its operation, but they couldn’t do so.

Many have flocked to support the move, including Republican North Dakota Senator Kevin Cramer, who said "Once again, reason prevails over political pressure in our effort to keep the Dakota Access Pipeline up and running. The pipeline has passed every environmental review put before it by multiple administrations and overseen by career professionals who know the pipeline has been operating safely for four years and believe a shutdown is unnecessary."

Cramer also added it's time for things to get back up and running, and that Americans will notice the difference. "Now this modern piece of infrastructure can keep moving hundreds of thousands of barrels of domestic oil per day instead of by more dangerous, expensive, and higher-emission methods like by truck or rail. Judge Boasberg’s ruling is a win for states’ rights, energy independence, and the American people’s pocketbooks.”