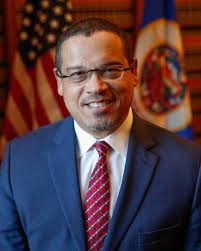 (Saint Paul, MN) -- Minnesota Attorney General Keith Ellison is not seeking to appeal a court case which declared many abortion restrictions across the state unconstitutional.

Ellison released a statement regarding the court decision on Doe vs. Minnesota. The presiding judge struck down multiple laws requiring a physician to perform abortions, mandated parental notification, required 24-hour waiting periods, and an informed consent statement prosecutors say contains medically-inaccurate statements which was read to patients prior to the procedure. Ellison says the decision to not appeal the case is beneficial to Minnesotans.

"In my view, and in the view of my co-defendants, not appealing the district court’s decision in Doe v. Minnesota is in the public interest and is the right legal decision, "said Ellison, "It is also the right choice for Minnesota taxpayers and all Minnesotans who need the finality of knowing that they can make intimate decisions about their own bodies free of undue interference by the government."

Ellison, who has previously vowed to protect travelers seeking abortions in Minnesota, said the laws he defended in Doe vs. Minnesota go against his personal opinions on the topic and were "not good public policy." In his statement, Ellison highlighted the costs associated with defending the abortion restrictions. Ellison states his office alone logged 4,173 hours in defending the restrictions, at a total cost of $620,878 to the state and its taxpayers. The Attorney General says the appeal would go to the same judge who ruled against the abortion restrictions.

'For these reasons — and in the context where my office alone has already spent more than 4,000 hours and $600,000 in defending these laws — appealing the case is not a proper or prudent use of limited state resources, " said Ellison, "a costly appeal that is unlikely to succeed will serve only to further delay the finality that all Minnesotans need and deserve.  Allowing this decision to stand promotes that finality, especially as it is effective in every county of our state."

You can learn more about Ellison's decision by clicking here.