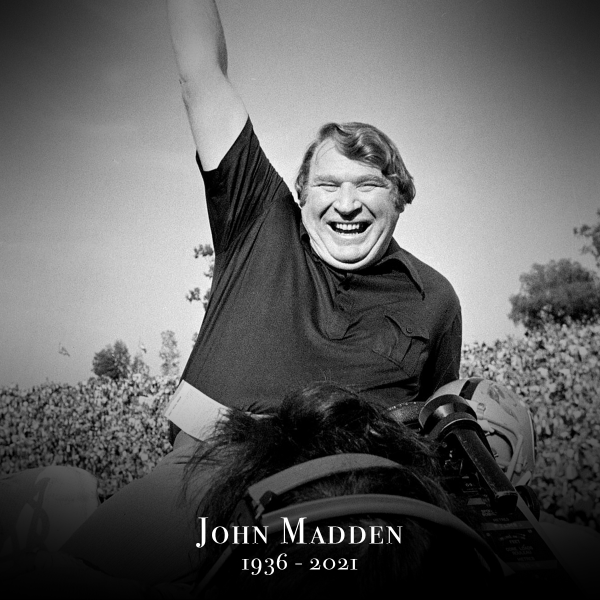 (Pleasanton, CA) -- The football world is mourning the passing of Hall of Famer John Madden.

NFL Commissioner Roger Goodell released a statement saying Madden passed away Tuesday at the age of 85. Madden was head coach of the Oakland Raiders from 1969 until 1978. He went on to become one of the most well-known broadcasters in all of sports, working as a color analyst for all four major networks until retiring in 2008.

The Madden video game series has become one of the most popular franchises of all time, selling over 100-million copies since being released in 1988.