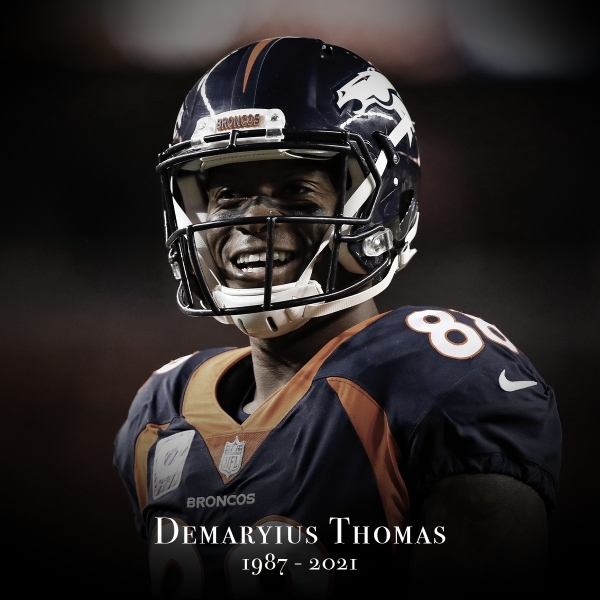 (Atlanta, GA) -- The Denver Broncos are paying tribute to an NFL star.

Demaryius Thomas was found dead in his Georgia home Thursday, reportedly due to a medical issue. The former NFL wide receiver played for ten seasons and won the Super Bowl in 2015 with the Broncos.

The team tweeted they were devastated and heartbroken, remembering Thomas as caring, kind, and with an infectious smile.

The 33-year-old also played for the Texans and Jets.