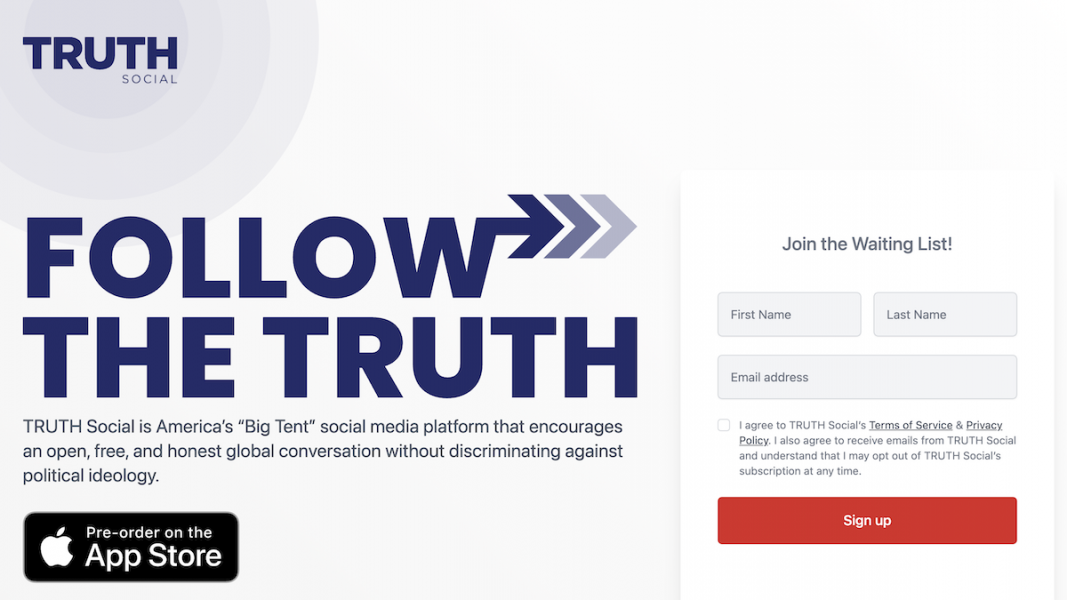 "TRUTH Social" rolls out next year. The homepage says it will be a platform for open and honest conversation, but users can't disparage or tarnish the site.

Trump claims his network will "stand up to Big Tech" companies such as Twitter and Facebook.  Both have banned him following January's Capitol attack.