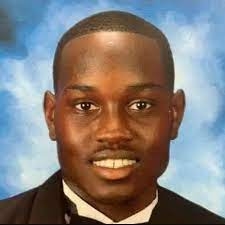 (Brunswick, GA) -- Monday is day one of the Ahmaud Arbery murder trial taking place in Georgia. He's the man chased down and shot while jogging in a neighborhood early last year.

The three suspects are a father and son, and their friend. They claim they thought the unarmed 25-year-old was a burglar and resisted a citizen's arrest. Prosecutors are expected to argue they were motivated by racism.

The case went national when video of the shooting went viral.