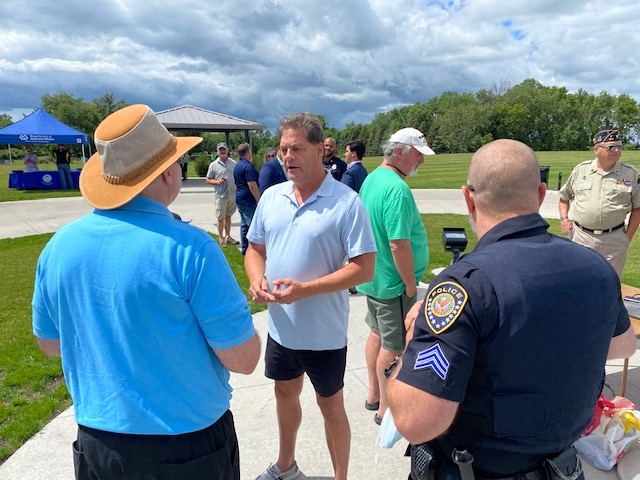 An official with the Veterans Administration from Fort Snellng attended an open house at the cemetery in Fargo Thursday. While there, he talked about a VA plan to add a vault toilet on the cemetery grounds.

"If we don't do the vaulted restroom now, and the honor guard wants to do what they want to do, certain members of the honor guard, there won't be any restroom for a few years, said Dave Huth, the VA's Executive Director for the Fort Snelling Cemetery Complex, who oversees the cemetery in Fargo.

However, some Fargo veterans including brothers Rick and Jim Graalum, and Jason Hicks oppose the vault toilet, asserting it would desecrate the grounds. Those three veterans support an effort to build a new shelter and chapel on private property next to the cemetery, using only private funding.

"The only work we are trying to do is put together a chapel with restrooms with a memorial for the honor guards", said Rick Graalum.

A representative for Senator John Hoeven expressed hope and optimism that both sides would come to a resolution.