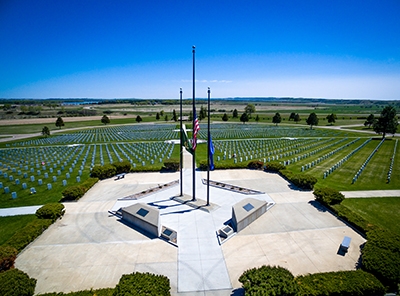 (Fargo, ND) -- Jason Hicks, Commander of United Patriotic Bodies has been temporarily suspended from participating in volunteer activities at the Fargo National Cemetery. WDAY News First has learned the six month suspension was issued by officials with the Veterans Administration.

Tom Krabbenhoft, a representative for the Fargo Memorial Honor Guard confirmed the development.

Krabbenhoft says he believes the suspension is related to Hick's support for a shelter project at the cemetery which differs from a plan supported by the VA.

"I can't think of a bigger wall to throw up than a suspension without a warning or anything else," said Krabbenhoft.

WDAY News First is reaching out to VA officials for comment.