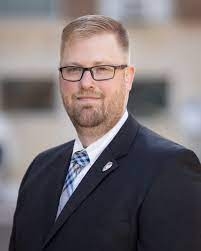 (Fargo, ND) -- North Dakota Insurance Commissioner Jon Godfread is warning people who drive for delivery services like Uber East and Door Dash to make sure they have proper auto insurance coverage.   He is offering the warning following what his office calls a "recent rise in incidents" involving so-called "gig" delivery drivers.

“The Department has received an increase in calls from drivers who were involved in auto accidents involving gig delivery drivers who were not properly insured,” Commissioner Godfread said. “It’s a step that can be easily overlooked, but one that is vital for all drivers on North Dakota roads.”

Godfread is urging those who work for delivery service providers to review their respective company’s policies regarding insurance coverage.  In most cases, a driver’s common auto insurance policy will not cover accident claims that occur while on a delivery.

Godfread says it's a simple matter of adding a "rider" to an insurance policy, and says making the change is "not cost prohibitive".