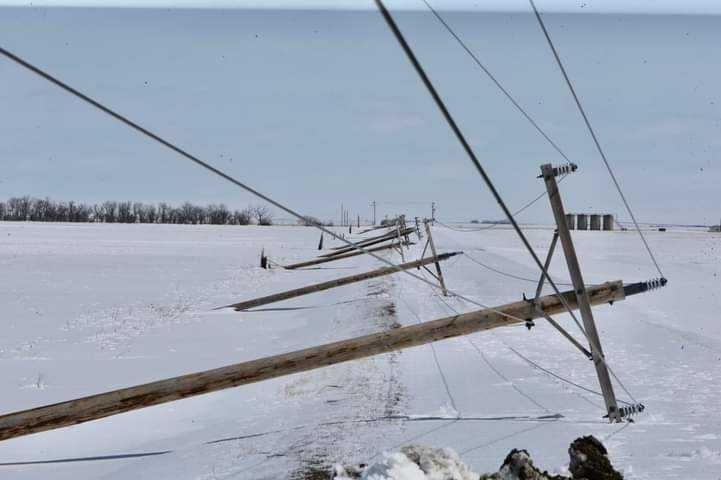 Williams County Emergency Management officials, in a Facebook post, say that power has been restored to most of the City of Williston. Many areas in Williams County remain without power due to significant line damage. Crews from MDU and MWEC are working hard to get all areas back online. Contractors and crews are being brought in from other areas in North Dakota and out of state.

MDU anticipates Kenmare will have power restored tonight (Sunday); Beach and Sentinel Butte either late tonight or early Monday; Mohall, Tioga and Stanley throughout the day Monday; Watford City and Williston by Monday or Tuesday; and Grenora, Zahl, Crosby, Noonan, Powers Lake, McGregor and Wildrose by the end of the week. Officials from MDU say it may take up to two weeks for residents of Ambrose to have power fully restored.

"This has been an unprecedented outage event for MDU and our customers in terms of widespread damage. Hundreds of cross arms are broken and several miles of poles are completely down," a statement on the MDU website said Sunday. As of Sunday, 15 three-to-four person crews are working to restore power.

Road conditions in the City of Williston and throughout Williams County continue to improve, according to Williams County Emergency Management. Emergency through streets within the City of Williston have been cleared and most side streets are passable. Beginning Monday, April 25, 2022 at 3:00am, Public Works will plow snow from the downtown commercial area, along with school zones.