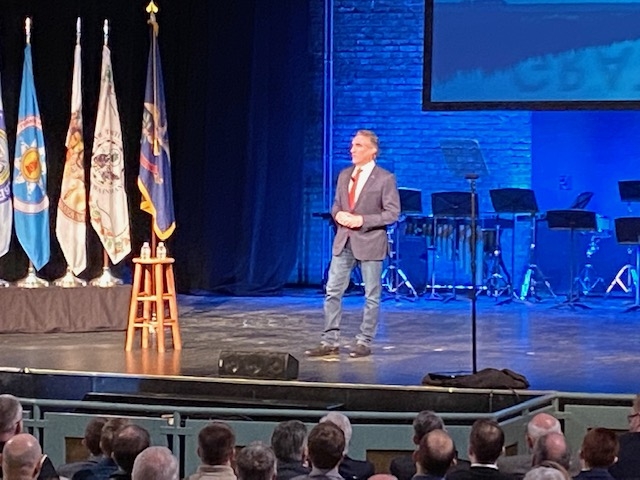 (Fargo, ND) -- Governor Doug Burgum delivered his annual State of the State address at the Fargo Theater Wednesday, drawing attention to billions of dollars in business development projects in the state over the past year.

"On the big scale level in the past year alone, we have seen announcements and transactions totaling more than $7 billion in capital investment in our energy industry, over $2.2 billion in announcements about projects coming for value added agriculture, and there has been over $12 billion invested in North Dakota across bio-manufacturing, unmanned aircraft system and other technology based businesses," said Burgum.

The Governor said 30,000 new businesses have registered in the state in the past two years alone. Burgum said the business growth and investment in the state is the result of years and decades of intentional effort by state leaders to build a stable business, tax, and regulatory environment, and to build a "business friendly" North Dakota.  He also gave credit to city and county leaders for their work in attracting business and development to the state.

Burgum also talked about carbon capture projects in the state.

"We can store the entire nation's CO2 for the next 50 years if people can figure out how to get it here. Which is why it's exciting that we've got groups working on CO2 pipelines to bring that CO2 for us to store here 7,000 feet underground safely," said Burgum.