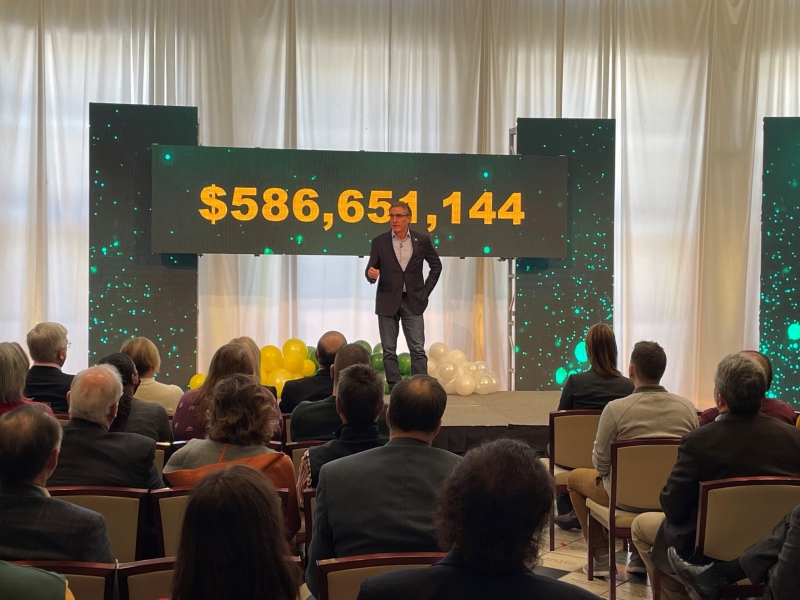 Bresciani said he and other campus officials were left stunned by the final tally.

The university's president said the campaign began in the Fall of 2019 with the goal of raising $400 million.

“Congratulations to North Dakota State University and the NDSU Foundation on the incredible success of this fundraising campaign. The ability to raise nearly $587 million in six years – exceeding the campaign goal by more than 47% and a year earlier than planned – is a testament to the passion for higher education at NDSU and the belief in its transformational role in our state," said Governor Doug Burgum. "This sends a signal to students that this is a place where the alumni, faculty, community and corporate partners all care deeply about this place.”

That goal was reached 20 months ahead of time.

Bresciani says the money will be used in roughly equal amounts in the areas of student scholarships, faculty endowment, and capital construction projects.

The university president said the money raised represents the largest amount ever raised in any single fundraiser in state history.