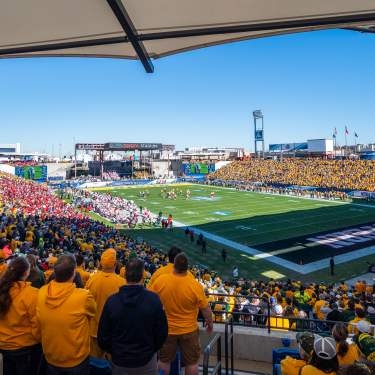 (Frisco, TX) -- A top official for Visit Frisco expressed strong support and appreciation for for the NDSU football team and Bison Nation one day prior to the kickoff for the FCS National Championship Game.

“We’re supposed to be pretty unbiased but it’s pretty hard to not marry the Bison faithful and the Green and the Gold with this game, because it’s been that way for 12 years. We’ve had 8 Bison championships here," said Josh Dill, Director of Sports and Events for Visit Frisco.

"A lot of people around town refer to this as the NDSU game," said Dill. As the community took over this game years ago, they wondered how they would make it profitable for the NCAA and good for the area.

"The game has become extremely successful and it wouldn’t have been that without NDSU’s consistent appearances here in Frisco," he said.

Local business owners frequently ask when the Bison fans are coming back.

"The resounding theme is they are the happiest group of people who cause absolutely no problems and just like to drink beer," said Dill.

"That’s new money coming into the economy.  It’s huge for our community, and I get thank you notes from neighboring communities for hosting this game because their businesses are subsidized in a lot of ways," said Dill.