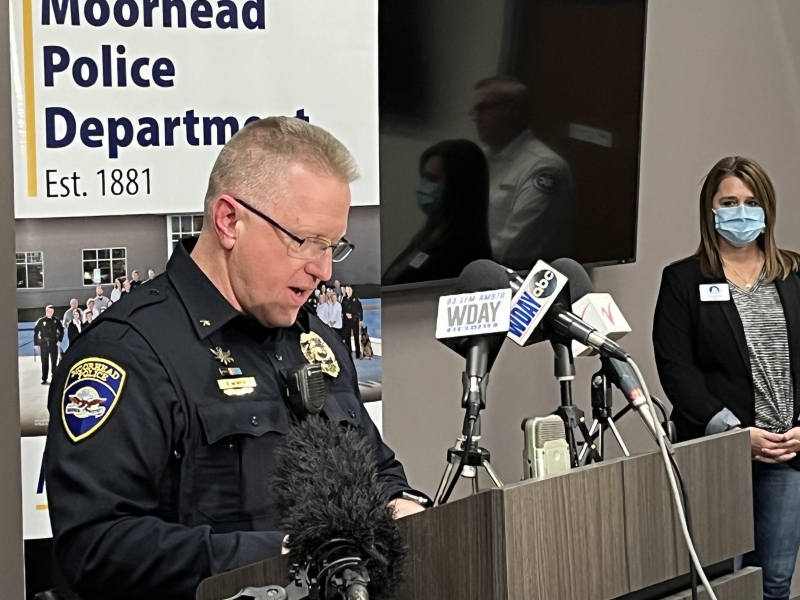 (Moorhead, MN) -- Moorhead Police Chief Shannon Monroe confirmed in a press conference on Wednesday that the home where seven family members who died over the weekend did not have a carbon monoxide detector active in the home.

Monroe says the incident is being treated as a tragic accident, and is in no way suspicious.

The official listed cause of death from the Ramsey County Medical Examiner's Office for the seven family members was carbon monoxide poisoning. The source of the lethal levels of the gas is still unknown but under investigation, with two suspected sources as viable candidates.

The first viable option being a furnace located in a separate room attached to the home's garage. The furnace did have an exterior air intake for fresh air. Detectives have worked with an HVAC professional and have been unable to reproduce the malfunction which would allow for carbon monoxide to accumulate within the home.

The second viable source of carbon monoxide is a family vehicle located in the garage. The Kia van had some mechanical issues related to its battery. The vehicle was found in the garage with an empty battery and a half-full tank of gas. There is no indication it was being worked on, such as tools, jumper cables, or a battery jump starter. The car was checked by a mechanic, who said the alternator was functioning properly but the battery needed to be charged.

More testing of the victims blood is needed to confirm which of the two sources is the culprit. The blood work would allow for the detection of chemicals present from the exhaust in vehicles, which would clarify the source of the carbon monoxide.