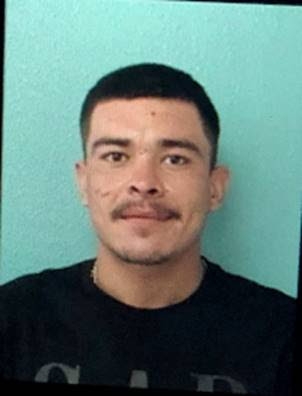 UPDATE: At approximately 3:15 pm Tuesday, Ortiz was taken into custody without incident due to a successful day-long investigation.

Ortiz was located under a stairwell of an apartment building in the 500 block of 32nd Avenue South. A handgun was also recovered in the area. Ortiz will be held at the Clay County jail pending extradition for charges in North Dakota.

The Moorhead Police Department worked collaboratively during this investigation with the Clay County Sheriff's Office, the Minnesota Bureau of Criminal Apprehension, and Homeland Security.

During the early morning of July 26th, the Moorhead Police Department was contacted by the North Dakota Bureau of Criminal Investigation to assist in locating a murder suspect. 25-year-old Oscar Junior Andujar Ortiz is wanted in connection with a shooting death in rural Killdeer, ND, on July 25th.

The BCI believed the male would be picked up in the area of the 3600 block of 8th Street South. Officers responded to the area and were believed to have spotted Ortiz as he ran west from that area. His vehicle was later found on Rivershore Drive South and impounded. Despite a K9 track and assistance from the Moorhead Fire Department drone team, Ortiz has not been located. It is unknown if Ortiz is still in the area, or if he was picked up at another location. A female acquaintance of the suspect was located and taken into custody.

Ortiz should be considered armed and dangerous. He is described as a Hispanic male, 5’5”, 160 lbs, wearing blue jeans and either a long sleeve blue t-shirt or no shirt.

If you have immediate information, you are asked to call 911. The Moorhead Police Department is asking property owners in the area to check their surveillance equipment. Anyone with delayed information can contact the Red River Valley Regional Dispatch Center at (701) 451-7660 and ask to speak with a Moorhead Supervisor.