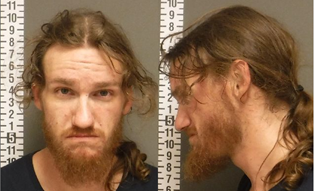 (Fargo, ND) -- A Moorhead man is under arrest after some new technology was used to find him, in a cornfield.

Around 5:13 a.m Friday, the Cass County Sheriff’s Office responded to a burglary in Gardner. A homeowner reported seeing a male carrying a box, walk out of a trailer on the homeowner’s property.

Prior to deputies arriving, the homeowner confronted the suspect who fled into a cornfield. Deputies arrived on scene and set up a perimeter around the cornfield. Using a drone, deputies were able to locate and arrest the suspect, 31-year-old Stephen Patrick Murphy, without incident. Murphy was taken to the Cass County Jail.

After his arrest, the Sheriff’s Office obtained further information about a second suspect who fled the scene prior to law enforcement arrival.  With the assistance of the Traill County Sheriff’s Office, Cass County Deputies were able to locate and interview this suspect in Hillsboro. Criminal charges will be forwarded to the Cass County State’s Attorney’s Office concerning the actions of this person.

This case remains under investigation.