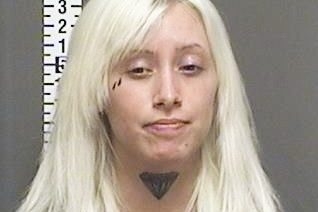 (Fargo, ND) -- A woman accused of disrupting her ex-boyfriend's funeral and defacing a Jesus statue in Fargo is facing new charges.

Blair Whitten is now charged with felony terrorizing and possession of marijuana. She's accused of threatening to burn down a couple's home and attacking their dog on Tuesday. She allegedly told the homeowner she was looking for a friend who was murdered there.

This is the seventh time she's dealt with officers in two-weeks and shes' being held in the Cass County Jail.