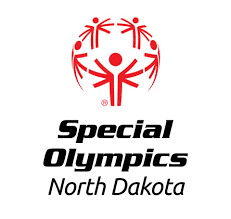 (Grand Forks, ND) -- Special Olympics North Dakota announced Friday it has appointed Nancy Hanson as the new president and CEO after the recent announcement of Kathleen Meagher retiring after 40 years with the organization.

Hanson will be responsible for guiding and directing the organization in accordance with the standards, policies and procedures set forth by Special Olympics International and the Special Olympics North Dakota Board of Directors in the realms of development, programs, planning, and issues affecting the program. She brings more than 10 years of leadership and marketing experience to her new position.

“Nancy brings an inspired passion to the program and will do great things leading this incredible team. She brings a great deal of experience in sport and recognizes the importance of providing quality programs and service to our athletes and families” said Aaron Hummel, Chairman of the SOND Board of Directors who led the CEO search.

Meagher, who is retiring from the role, served as president and CEO since 1987 and has been involved with SOND since 1981, when she became involved with SOND as a volunteer while a student at North Dakota State University. During her tenure in North Dakota, she also served globally in building programs for people with intellectual disabilities.

She will begin her new role on May 7th.