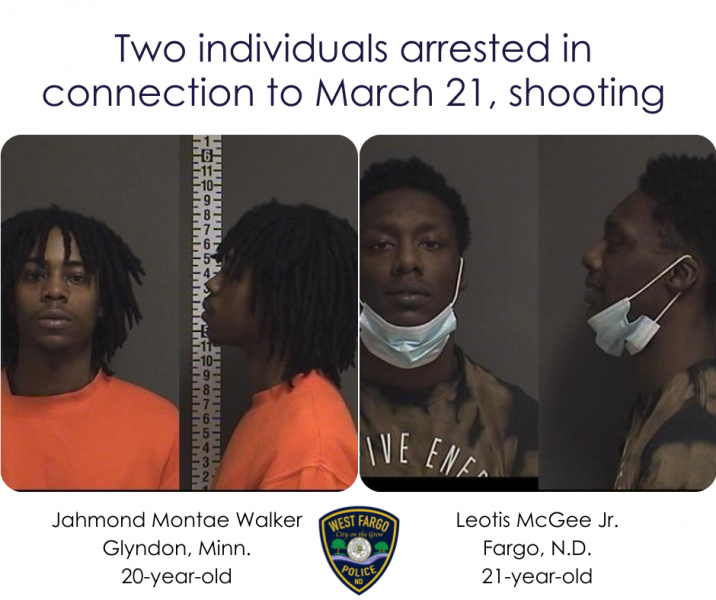 (West Fargo, ND) -- Two more individuals have been arrested in connection to the Sunday, March 21st shooting that occurred in the 1500 block of 11th Avenue East.

Jahmond Walker, a 20-year-old male from Glyndon, Minnesota, was arrested in Hibbing, Minnesota, on charges of Aggravated Assault, while Leotis McGee Jr., a 21-year-old male from Fargo, North Dakota, was arrested Friday by the United States Marshals Service in Minneapolis, Minnesota on charges of Aggravated Assault and Reckless Endangerment. Walker and McGee are awaiting extradition to North Dakota.

The shooting was believed to have been started by a fight earlier in the day March 21st, resulting in a car-full of suspects executing a 'drive-by' shooting at the home fired on. A 12-year-old boy was struck inside by a bullet in the leg, and is still dealing with possible permanent injuries.

West Fargo Police do say the investigaiton is on-going, and would not confirm if more suspects are being sought after.