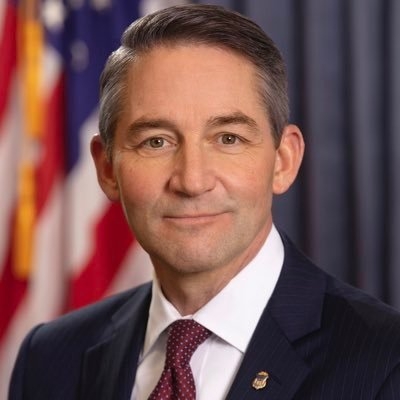 Wrigley, who is the 19th Presidentially appoint United States Attorney in North Dakota history, reportedly sent a letter of resignation to President Biden early Tuesday. The President had required all U.S. Attornies appointed in the Trump Administration, save a few, to resign by Sunday.

He had been serving since being confirmed by the United States Senate in April of 2019, and previously served as the 17th United States Attorney, from 2001-2009.

Wrigley is the only North Dakotan to have been twice presidentially appointed United States Attorney and confirmed by the United States Senate.

Wrigley released the following statement in the wake of his departure:

"My heart is full of gratitude for having had the opportunity to serve my nation and state as United States Attorney. I thank each of the federal, state, local, and tribal law enforcement agencies, and the full array of government agencies and private stakeholder groups that strengthen the efforts of our office’s Civil and Criminal Divisions. I offer a special thanks to each individual or entity who has cooperated with our investigations or civil suits, especially the victims of crime. It has been a privilege to help shoulder the trust you placed in the United States Attorney’s office.

It has been my profound honor to serve with the civil division, criminal division, and administrative staff of the United States Attorney’s office. These men and women are dedicated, ethical public servants, and they are patriots who love our nation. We shared the privilege of pursuing justice every day, and I am so fortunate to have been able to serve as their colleague and leader.

Together, our office made tremendous progress on priorities like civil rights, violent crime, financial crime, Internet crimes against children, civil litigation defense of the United States, gun crimes, and narcotics trafficking on our Native American reservations. Internally as an office, we made tremendous strides on budget reprioritization, attorney and non-attorney hiring practices, transparency, salary structure and advancement, and the year-long battle with the COVID19 pandemic, during which we experienced no community spread in either of our two staffed offices.

Special thanks is also due for my family, dear friends, and closest associates. Their love, their support, and their constructive criticism have made the hard work and difficult decisions possible. They have also made every bright day even brighter. It is with a deep sense of love and appreciation that I announce my departure as the United States Attorney. It has been the professional honor of my lifetime to stand before federal courts and begin the proceedings with these words: “Thank you, your honor; Drew Wrigley for the United States.” Today and always, I offer my profound thanks to all who allowed me to share their journey.”