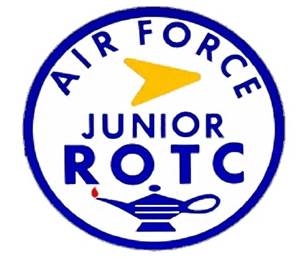 (Fargo, ND) -- A phrase to sum up the current state of Fargo Schools Air Force JROTC program is concern, but confidence.

That's the message from Colonel Steven Muhs, an instructor in the program, when he talked with our Kyle Cornell about the state of the program amid rumors it may be nearing it's final legs.

"There are only two current programs in the state, Williston is starting one but has no teachers yet," says Muhs, who is a Senior Aerospace Science Instructor in the program. "If the largest school district in the state can't support a program, then who can support a program?"

The reason for some concern growing in the community may be because the enrollment numbers have been down in recent years. Colonel Muhs says after West Fargo Schools shut down their Army JROTC program just a few years ago, Fargo Schools opened up their program to West Fargo students. Even with a few transplants from that shutdown, numbers have still been just a bit lower than what is needed.

The Fargo Schools AFJROTC program currently has 83 students enrolled, which is seven below the 90 required to remain operational. The one caveat is that the Fargo program has been given the okay to have lower numbers, mainly due to lost recruiting opportunities since the Coronavirus pandemic began early in 2020.

"All bets were off. Not just us, but a number of programs across the state are struggling to make their numbers," says Muhs, who does hold out hope that numbers will improve over the next few years once COVID-19 is under control.

Despite being on probation due to the low numbers, the program has been given the okay to continue operations through at least this calender year.

If you're interested in signing up for the AFROTC program, or know someone who might be, go to www.fargo.k12.nd.us/District and click the programs tab, then select the AFROTC.