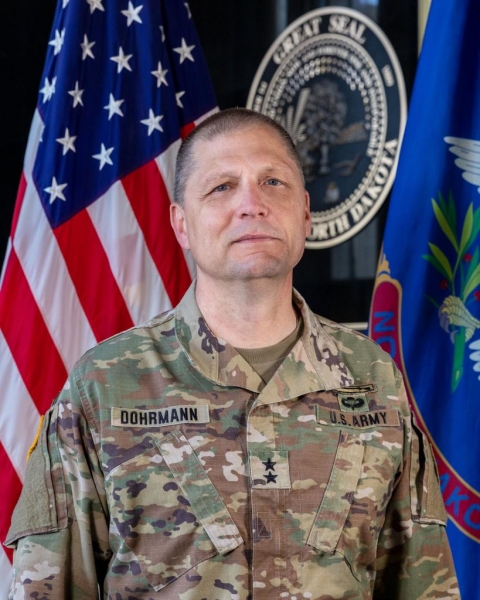 “The National Guard Bureau is adjusting Army engineer force structure nation-wide,” said Maj. Gen. Al Dohrmann, adjutant general. “What this means for North Dakota is the eventual transfer of the 818th Engineer Company to another state. This doesn’t mean that we won’t have N.D. National Guard presence in the city. We are committed to a long-term unit presence in Williston.”

The N.D. National Guard will develop options for a follow-on unit in Willison along with plans to build a new armory in the future when the new unit-type will be known. The transfer of the 818th is not expected until 2025 and the unit will continue to train as normal for the immediate future. Williston has been an important location for the N.D. National Guard for over a century.

The other projected force structure change is in the Jamestown-based 817th Engineer Company (Sapper). The 817th is projected to convert to a Combat Engineer Company – Infantry (CEC-I) also in 2025. This change would increase the unit strength from 103 to about 119 assigned Soldiers.

These force change initiatives are part of the U.S. Army’s commitment to LSCO (large-scale combat operations) and the structure to support that effort. Force adjustments are cyclical, and through these transformations, the N.D. National Guard will continue to modernize and grow capabilities.

The N.D. National Guard has been a part of the Williston community since 1902. In 2006, Company B, 164th Engineer Battalion converted to the current 818th Engineer Company. The unit served in Afghanistan from for nearly a year from April 2012 to March 2013.

More information on these force structure changes will be announced as they become available.