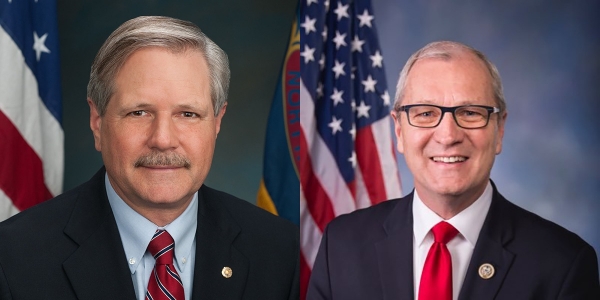 “Carbon capture is the future of reliable, low emissions energy, and North Dakota is a national leader in the development and use of this technology. With the administration’s long-awaited guidance finalized, investors can now take advantage of the carbon capture tax credit with confidence and clarity.”

The 45Q CCUS tax credit was extended and expanded as part of the FUTURE Act (Furthering carbon capture, Utilization, Technology, Underground storage, and Reduced Emissions Act) in 2018, a bill to incentivize the creation of innovative technology to capture, store, and utilize carbon. Since the FUTURE Act’s passage, Senator Cramer has been working with energy producers and utilities to get the Trump Administration to release this guidance clarifying how the credit can be used, leading efforts such as a recent letter on 45Q to Treasury Secretary Steven Mnuchin and IRS Commissioner Charles Rettig.

When this guidance was initially proposed, Senator Cramer voiced his support for it at a Senate Budget Committee hearing. North Dakota energy leaders thanked Senator Cramer for his work on this issue and also offered statements supporting the proposal.

In December, Congress passed a two-year extension of the 45Q commence construction deadline, which will help support the development and implementation CCUS technology and provide an important revenue stream to coal producers.

Last year, Senator Cramer helped introduce bipartisan legislation to enhance the 45Q and 48A tax credits to support CCUS efforts and ensure coal continues to have a role in the nation’s energy supply.

“We’ve been working to put the 45Q tax credit in place to help our coal producers. We have now secured the final regulations from Treasury, and passed legislation extending the construction deadline to provide producers with more time to utilize the credit,” said Hoeven. “The 45Q tax credit is an essential revenue stream for our nation’s coal facilities, as well as oil producers and manufacturers, supporting good jobs in North Dakota and benefitting every home and business through a more resilient and reliable electricity grid. At the same time, this tax credit is an important part of our efforts to support the development of CCUS technologies, like Project Tundra, enabling our nation to continue utilizing its abundant coal reserves while also reducing emissions. That’s a win for our economy, environmental stewardship and America’s energy security.”

January 6, 2021 - 8:13pm
Burgum calls for bold action to build strong future for North Dakota in 2021 State of the State Address