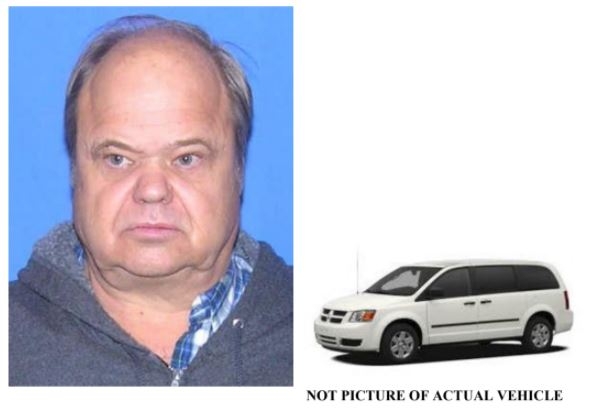 3:42 PM UPDATE: The North Dakota Department of Emergency Services has cancelled the Silver Alert for Raymond Payne of Dickinson.

According to the Department of Emergency Services, Payne was found in Cass County.

ORIGINAL STORY: The North Dakota Department of Emergency Services has issued a Silver Alert, at the request of the Dickinson Police Department.

According to a news release, 68-year-old Raymond Payne was last seen on Wednesday at 12 p.m. MST at his residence in Dickinson. Payne is 5 feet 5 inches tall, weighs 220 pounds and is balding with grey hair and has hazel eyes. He is believed to be driving a 2003 white Dodge Caravan with license plate number 254ABK.

Payne was last seen wearing a blue flannel with a white undershirt and jeans. He has a medical condition that warrants concern for his safety if he is not located.

Anyone with information is asked to contact Dickinson Police at 701-456-7759.