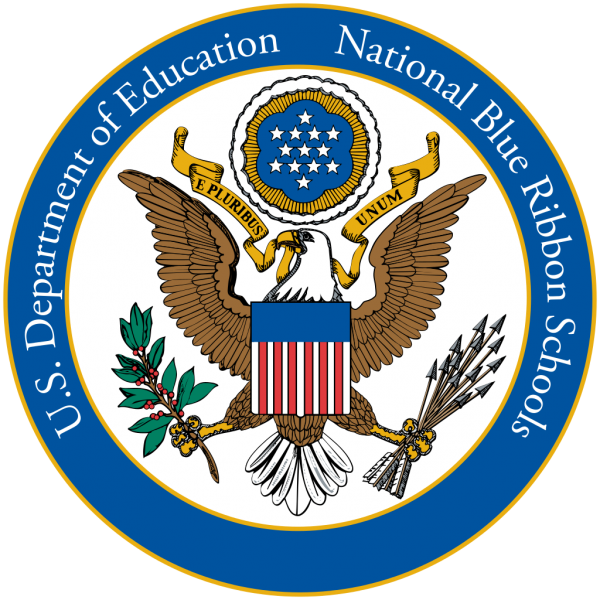 Sweetwater Elementary School at Devils Lake and the middle schools on North Dakota’s two U.S. Air Force bases – Nathan Twining at Grand Forks, and Memorial at Minot – are among 367 schools across the country that the U.S. Department of Education has designated as Blue Ribbon schools in 2020.

It is the second Blue Ribbon honor for Sweetwater Elementary in the last six years.  All three schools were honored as examples of academic excellence.

“To be named as a Blue Ribbon school is to be honored as one of our nation’s best,” Baesler said. “The pandemic has not hindered the fantastic teaching and learning that is going on at these schools, whether it is taking place in the classroom or through distance learning.”

“It takes a great deal of effort to become a national Blue Ribbon School, and the teachers and administrators at Sweetwater, Twining and Memorial collaborated, worked as teams, and rose to the occasion,” Baesler said.

The Department of Education recognizes public and private schools in which students reach exceptional levels of academic achievement, or record substantial improvements in their students’ learning. Sweetwater, Twining and Memorial were all honored as “exemplary high-performing schools.”

Nationwide, 317 public and 50 nonpublic schools were recognized as 2020 Blue Ribbon schools. There are almost 134,000 public and nonpublic schools in the United States, with about 56 million K-12 students, according to the National Center for Education Statistics. Sweetwater Elementary and the Twining and Memorial middle schools have a combined enrollment of about 530 students.

“I’m beyond thrilled. Our students and our staff have worked so hard,” said Shari Bilden, principal at Twining Middle School. “We’re also very fortunate to have supportive parents in our community on the base. They do put education first, and they do support us in many ways, and we are very thankful and grateful for that.”

The Blue Ribbon award is “going to be a really good morale boost,” Bilden said. “It’s something positive. There have been a lot of stressors. I think the timing is really crucial to be receiving this positive information, this positive award.”

Sweetwater Elementary was last honored as a Blue Ribbon School in 2014. Schools that receive the award may not be considered for it for the following five years, which means Sweetwater won a second Blue Ribbon during its first year of eligibility.

“It’s not only an honor, it’s a pat on the back to everyone who works so hard to continue to search for and practice the most effective strategies for our kids, not only for our teachers, our paraprofessionals and other staff, but of course, our kids,” said Dr. Debra Follman, Sweetwater’s principal.

Dr. Stephen Young, principal at Memorial Middle School at the Minot Air Force Base, said the Blue Ribbon award “is really affirming of the work that we do here. To receive it at this time, I think, is especially rewarding. It tells us we’re on the right path. It is a recognition that we’re doing good work.”

However, the award also comes with “a challenge to continue that work,” Young said. “We can’t sit back and take it easy at this point. As we think of continuous improvement, the inherent challenge is always to strive to be better.”

To be considered for the Blue Ribbon award, a school must complete a comprehensive application that asks for student demographic information, test results, attendance rates, curriculum information, the number of students who have disabilities, and the number who are eligible for free or reduced-price meals.

It asks about the number of teachers, paraprofessionals and school support employees in the school, how administrators and teachers encourage family involvement in education, and each school’s strategy for developing their students’ potential.

“There were a lot of things pulling at their time and energy during this past year because of the pandemic,” Baesler said. “these school districts needed to complete a large amount of work and effort in order to prove, and provide the evidence, to the U.S. Department of Education that they were indeed worthy of this distinction.”