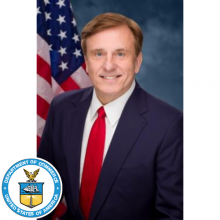 A top assistant to President Donald Trump tells WZFG News that deaths due to COVID-19 have dropped significantly. Dr. John Fleming, Assistant to the President for Planning and Implementation and a Deputy Chief of Staff, appeared on What's On Your Mind Thursday morning.

While it's difficult to speak on individual states, Fleming says that, nationwide, a brief spike happened in April. But the spike returned to "baseline" by June.

"We're having no more numbers of deaths or frequency of deaths, and haven't for months," he says. "It's very good news."