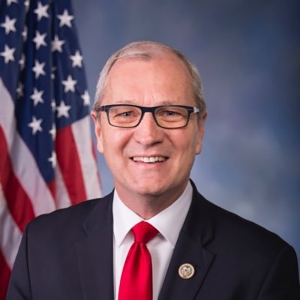 North Dakota Senator Kevin Cramer has issued a statement after the US Department of Commerce agreed to a preliminary deal limiting Russian uranium imports through the year 2040.

“Once again we see President Trump’s America first administration in action, bolstering our efforts to produce reliable, clean energy and reduce reliance on foreign adversaries," Cramer said. "The deal secured by Secretary Ross, if finalized, will protect American producers and diminish the possibility of Russian influence in the nuclear energy industry. This is a win for America’s economic and national security, and I applaud the administration for their work.”

Cramer, joining a bipartisan letter which was led by Wyoming Snator John Barrasso, called on the administration to take the steps. The letter was written to the Department of Commerce, and its secretary, Wilbur Ross, announced the deal.

The US Department of Commerce says the draft amendment would reduce the US imports of uranium from Russia, strengthen existing protections for the US commercial enrichment industry, establish unprecedented protections for US uranium miners and the US uranium converter, fix "returned feed" provisions in the existing agreement that prejudice US uranium miners and allow for the fulfillment of US customers preexisting contracts for Russian uranium.