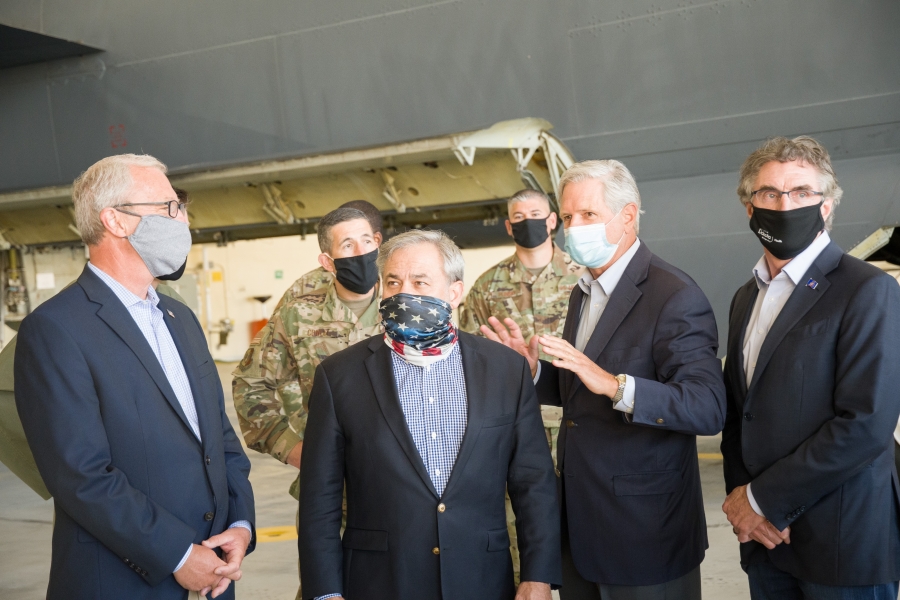 “Airmen at Minot Air Force Base carry the weight of the world on their shoulders, knowing - should they need to be activated - it could be the world’s last moments. The Energy Department does an excellent job of making sure US nuclear deterrence is not an empty threat, with civilians working around the clock for the last 70 years to build, maintain, and dispose of our nuclear weapons,” said Senator Cramer. “Under President Trump and Secretary Brouillette, the Department is carrying out an important modernization effort, ensuring the safety, security, and reliability of the nation’s nuclear deterrent housed at strategic locations like Minot. I appreciate the Secretary coming to see this work firsthand.”

“We appreciate this opportunity for Secretary Brouillette to see firsthand the integral role of the Minot Air Force Base in our nation’s nuclear defense,” said Senator Hoeven. “The Department of Energy is an important partner with the Department of Defense in ensuring that our nation maintains a credible nuclear deterrent, as DOE designs and manufactures our warheads. DOE efforts to refurbish and extend the life of the ICBM and cruise missile warheads are critical to the future of Minot AFB and its nuclear missions, and I look forward to continuing to work with Secretary Brouillette to ensure that refurbished and modernized warheads are ready when the Air Force deploys the Long Range Stand Off nuclear cruise missile and the Ground Based Strategic Deterrent, which is our next generation ICBM.”

“Nuclear security is a critical component of our Nation’s national defense, which is why Energy’s mission to maintain and modernize our nuclear stockpile is imperative to our national security,” said Secretary Brouillette. “It was great to be out in Minot, North Dakota, today alongside Senators Cramer and Hoeven to see first-hand the incredible work the dedicated men and women of the Minot Air Force Base conduct day-to-day to keep our country safe and secure.”

As he and his SASC colleagues were writing this year’s National Defense Authorization Act, Senator Cramer led a bipartisan amendment to protect Energy’s role in maintaining our nuclear weapons and to ensure they remain under civilian control.

“It made sense in 1947 when atomic energy was transferred from military to civilian control.  It made sense in the 1970s when Presidents Ford and Carter reorganized the energy departments but kept civilian authority over nuclear weapons. And it made sense in 1985 when President Reagan’s Blue Ribbon Task Force recommended ‘funding responsibilities for the Energy Department’s nuclear weapon activities should not be transferred to the Defense Department.’ Nothing has changed to make me think over 70 years of precedence should be changed now,” said Senator Cramer. “The Energy Department’s superb track record of managing our nuclear assets gave me confidence to fight on their behalf.”

Under Senator Cramer’s leadership in committee, this year’s NDAA also contains funding and authorization language important for the Minot Air Force Base. Specifically, it:

The Senate passed this bill in July and is expected form a Conference Committee with the House of Representatives to write a final bill soon. Senator Cramer will have a seat on this Committee as a member of SASC.